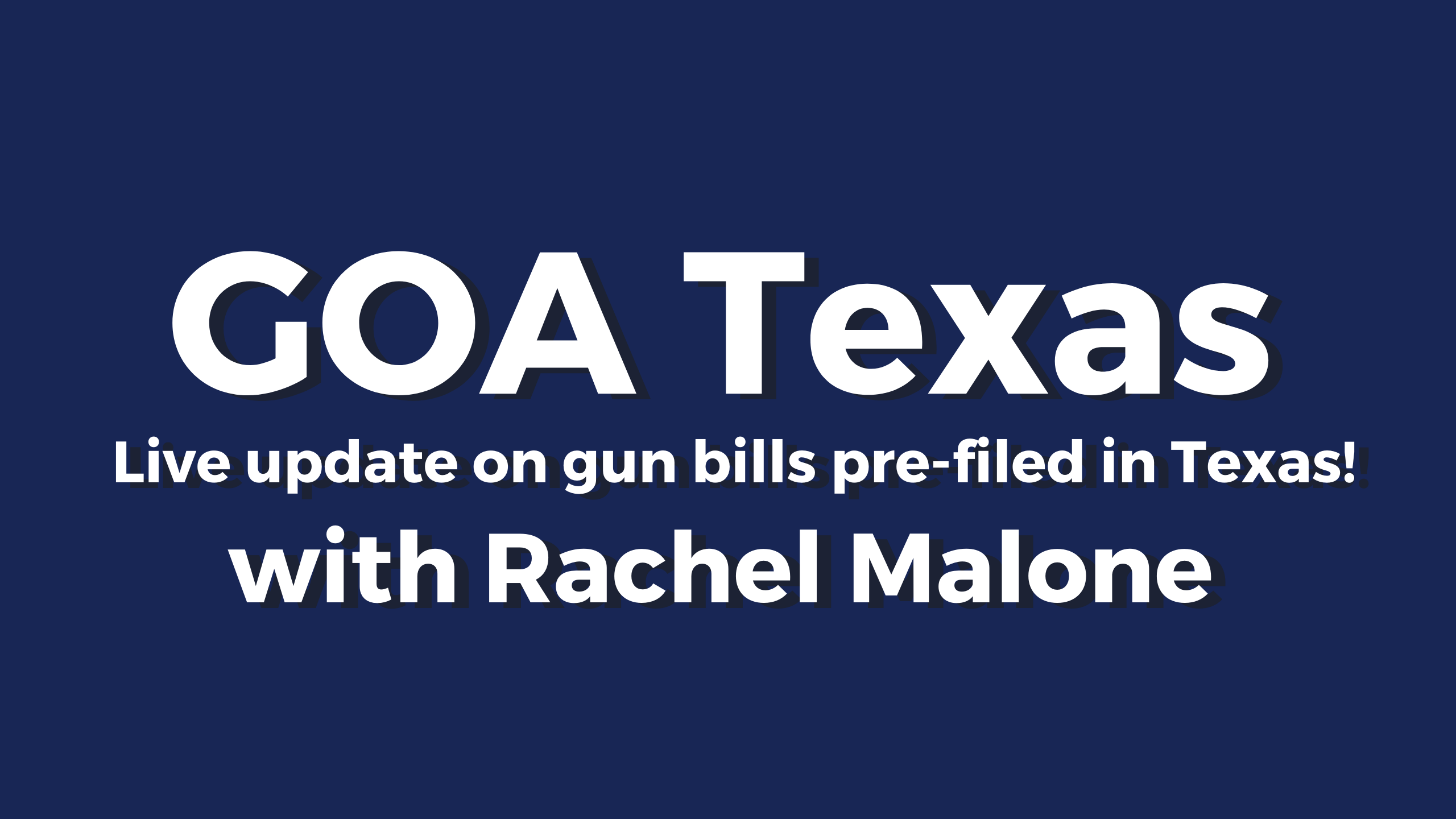 Dozens of these bills relate to your gun rights—some good, some bad. Our GOA Texas Director Rachel Malone hosted a livestream in which she shared with GOA Activists details on some of these pre-filed bills and discussed how you can get involved moving forward.

These six notable bills would protect or restore some of your gun freedoms:

**Note that Rep. Springer has stated that HB 299 (permitless carry) and HB 304 (ending “gun-free” zones) are placeholder bills, due to delays in bill drafting, and is not intended to be the final language. He has expressed a desire to work with us to improve the language. GOA supports modifications to allow anyone who can legally possess a handgun to be able to carry the handgun, open or concealed, without a license. GOA also supports repealing government-mandated “gun-free” zones.

Several dozen anti-gun bills have been filed so far. These bills would trample your rights and restrict your ability to stay safe and defend yourself. Here are the main categories:

Please listen to the video above for more details and insight. Note that it is normal for bill language to change throughout the bill process; these descriptions are very general descriptions of the bills as they were filed.

It’s also important to understand that this is not a final bill list. There will be many more bills filed. Later on, we will prepare an official list of bills to ask your legislators to support or oppose. But for now, here’s what you can do:

Take Action: Call the Capitol office for your State Representative and your State Senator today and tell them three things: