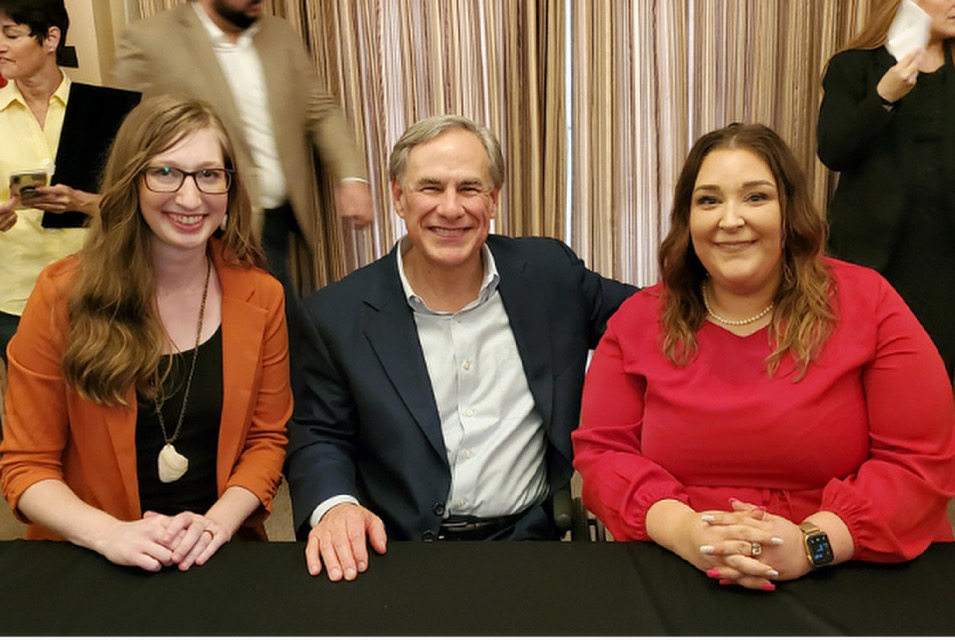 Today, it was my honor to represent tens of thousands of GOA Texas members at Governor Abbott’s signing ceremony for HB 1927, which recognizes the right of law-abiding gun owners to carry handguns, open or concealed, without having to ask the government for permission. The Governor has now also signed HB 957 (suppressor freedom), HB 2622 (2A Sanctuary), and HB 1500 (Emergency Powers repeal).

This is an amazing victory — and it is your victory.

Without you, our dedicated and passionate community of gun owners, we would not have achieved this victory. And so today I honor every ordinary Texan who has worked and sacrificed to repeal the unjust permit requirement for handgun carry in Texas.

For me, the journey began ten years ago, in 2011. I became aware of the licensed open carry bill that the Texas Legislature was considering, and I figured that all the politically-involved people would do the work to pass it. How hard could that be? This is Texas, after all.

I was shocked when I heard that the bill had died without even receiving a vote. And I realized I could never take for granted that someone else would stand up for my rights. It was my responsibility to do whatever I could to protect my own liberties.

Quickly, though, I recognized that the licensed open carry bill (which would allow LTC holders to carry openly) should not be the end goal. Any requirement of a license to carry hinders our ability to protect ourselves and hurts the vulnerable most of all. Most important, the right to keep and bear arms is ultimately intended to serve as a check against a tyrannical government, and it defeats the purpose if we have to ask the government for permission to carry a handgun.

But I had no idea what that would involve.

I am thankful that I was never completely alone in the fight. When I showed up in 2013 for the legislative session, there were about half a dozen dedicated grassroots Texans who spoke up with me to end the permit requirement. That year, our words seemed to fall on deaf ears.

However, when all the significant gun bills in 2013 died, many more Texans came to the same conclusion that I had in 2011: you shouldn’t take it for granted that someone else will do the work to protect your rights.

During the next several legislative sessions, in 2015, 2017, and 2019, increasing numbers of Texans began showing up when it mattered — not merely at protests or rallies, but actually beginning to do the work inside the Capitol. When Texas became the 45th state to allow LTC holders to carry openly — but only with a license — we told our legislature that this was not freedom. It was time to start taking the lead in protecting our rights and our safety and repeal the permit requirement.

Texans were beginning to realize that our state was not protecting our rights.

After the devastating attacks in El Paso and Odessa in the summer of 2019, state leadership began calling for gun control measures. GOA members showed up across the state in huge numbers to tell the traveling legislative committees in no uncertain terms: to keep us safe, stop banning us from being able to protect ourselves. Pass Constitutional Carry and end “gun-free” zones.

GOA members continued to stay active and involved, meeting personally with legislators, telling their stories, and explaining how Constitutional Carry is a simple concept that will help them and their families to stay safe.

Entering the 2021 legislative session, we did not know what the result would be. But we determined to push to protect Texans’ right to keep and bear arms to the best of our ability.

Your GOA Texas team worked hard around the clock for months to advocate on your behalf. But you made it happen.

Hundreds of you participated in our 2021 Virtual Edition of Texas GOLD (Gun Owners Lobby Day), learning about the legislative process and coordinating with others in your districts for strategic meetings with your legislators.

Many of you drove from all parts of Texas stayed at the Capitol for nearly 24 hours in the historical overnight hearing on March 25. You shared the facts and you shared your heart. You put a face on the issue.

Thousands of you made phone calls to your legislators at every step along the way, letting them know that you were watching and aware, and that this issue was of utmost importance.

You watched for nearly seven hours on April 15 as Representative Schaefer masterfully defended your rights and explained how Constitutional Carry is a safe and common-sense policy, and you rejoiced with us when the House passed HB 1927 on a strong bipartisan vote. You joined us again for the monumental Senate hearing, and watched again during the Senate floor debate and vote.

After the bill passed its last hurdles and was finally passed in both the House and the Senate, you waited anxiously to see it signed into law.

And now you see the rewards of your efforts, as Governor Abbott has now signed HB 1927. It will go into effect on September 1.

This victory does not mean that the work is done. It is said that the price of liberty is eternal vigilance. And as I realized in 2011, none of us should ever count on someone else to stand up for our rights. Not only is there still work to be done to restore some of the protections that the House version of HB 1927 included, but there is also more work to be done to protect our gun rights — including repealing “gun-free” zones, limiting no-knock raids, and more. We’ll be back at work to help you secure victories on those issues, too.

However, the final passage and signing of HB 1927 represents an amazing grassroots victory that would not have happened without enormous support from every day, ordinary Texans like you.

There are many heroes of this story — too many to name individually. In time, we will publicly thank as many as possible. But today I am celebrating you, our GOA Texas members. This victory is yours.

I cannot thank you enough for all that you have sacrificed in order to preserve the blessings of liberty for our posterity.

Texas is safer, stronger, and freer because of your dedication.