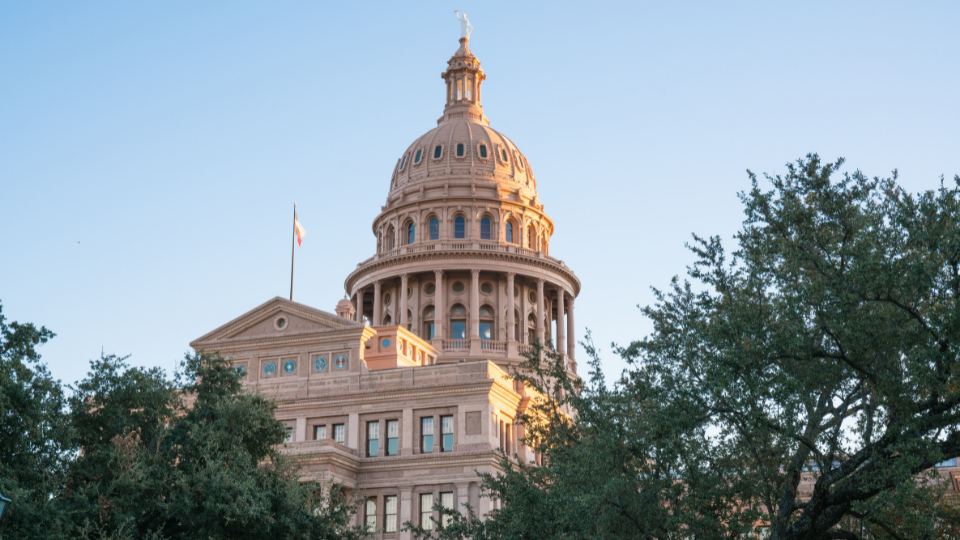 Texas’ 87th Legislative Session brought unprecedented wins for the right to keep and bear arms! It was almost certainly the most pro-gun session in Texas history. We’re thrilled to bring you this session recap on the legislation that you helped to pass!

Before session, we identified several GOA priorities. We’re thrilled that the Legislature passed four of our priorities — including our top priority, HB 1927. All four of the bills below were sent to the Governor within the last few days of session, which means that he has until June 20 to take action. After being signed, these bills will go into effect on September 1. We will keep you updated!

The term “Constitutional Carry” is used across the nation to mean “if you can legally own a handgun, you can carry it, open or concealed, without a permit.” This bill repeals the permit requirement to carry a handgun for legal gun owners age 21+, with one small exception: those who have been convicted within the past five years of one of four misdemeanor offenses (bodily assault causing injury, deadly conduct, terroristic threat, or disorderly conduct with a firearm) will not be able to carry handguns in public places under this bill even though they can legally possess firearms.

The existing prohibited places will still be in place for all those who can legally carry a handgun. We oppose prohibited places; however, the important issue of “gun-free” zones is historically addressed separately from Constitutional Carry. We will prioritize this issue in the next legislative session.

The current LTC law will not change — you can still apply for an LTC using the same process and eligibility requirements. Texans may choose to keep their LTCs for reciprocity and gun purchases. Also, campus carry will still require an LTC.

Remember that, even after the Governor signs HB 1927, the bill will not go into effect until September 1. It is important for Texans to take personal responsibility to know the law and to be trained before carrying a handgun. You may wish to obtain this free e-booklet produced by the top self-defense attorneys in Texas explaining the new Constitutional Carry law. You also get first access to the official GOA Texas HB1927 FAQ handout!

This bill repeals a Texas governor’s current statutory ability to regulate firearms during a disaster declaration or state of emergency. It also codifies AG Paxton’s opinion that municipalities are prohibited from regulating gun stores through local emergency declarations.

This bill repeals the Texas criminal penalty for manufacturing, transporting, or possessing a suppressor without following Federal regulations. It establishes a class of “Made in Texas” suppressors that will be declared exempt from Federal regulations if they meet certain criteria. It also gives a path to secure a court judgment on the constitutionality of this law before someone manufactures “Made in Texas” suppressors. Anyone who wants to take advantage of this law should first give notice to the Attorney General, who is then required to seek a declaratory judgment from a federal court upholding the constitutionality of this law.

Please understand that this bill is an important first step but not the final step. We urge you to wait for a final court judgment before attempting to make or own Made In Texas suppressors.

Those who try to manufacture or own suppressors without following Federal regulations before a successful and final court judgment may be subject to prosecution for a felony offense.

Also, remember that even after a successful court judgment, you will still need to fully follow Federal suppressor regulations for all suppressors that do not meet the specific Made In Texas requirements.

This bill helps to keep Texas personnel and resources from being used to enforce Federal gun-related laws enacted after January 19, 2021 that are not in Texas law. If an entity or agency violates the provision and tries to help enforce future federal gun laws, that entity will be denied state funding.

Note that the bill is not designed to protect against existing Federal infringements or against any state-level infringements, and it does not stop the federal government from enforcing its own laws.

“When is the Governor going to sign Constitutional Carry?”

We understand that you are all anxious to see these bills signed. We’re thrilled to let you know that Governor Abbott has announced that he will be signing these priority bills (including Constitutional Carry) next week at a special signing ceremony.

See a note from Rachel with additional information.

If you want to receive a text alert as soon as we have public updates about bill signings, be sure to opt in to our text alerts: text your zip code to 833-922-1212.

In addition to the four priority bills listed above, the Legislature also passed the following bills related to your right to keep and bear arms:

HB 781 by Sanford: on-body carry for junior college school marshals (this is also covered by SB 741)

HB 1387 by Harris: foster home firearm storage (guns and ammo together in the same safe)

HB 1407 by Schaefer: expands open carry options in vehicles (this is also covered by HB 1927)

HB 2112 by Metcalf / SB 550 by Springer: removes the “belt and shoulder” holster requirement for open carry (this is also covered by HB 1927)

HB 2675 by Guillen: expedited LTC for domestic violence victims and their families

SB 741 by Hughes: on-body carry for all school marshals

We’re humbled and thankful for all of our amazing members who showed up, stood up, and spoke up. It is because of your dedication that we achieved historical wins for gun rights this year.

But we’re not done yet! Stay tuned for more information about projects we’re planning for this fall and how you can continue to be involved in the GOA Texas community.

In the meantime, please consider joining or giving an additional donation to support our continued fight for your all-important right to keep and bear arms.