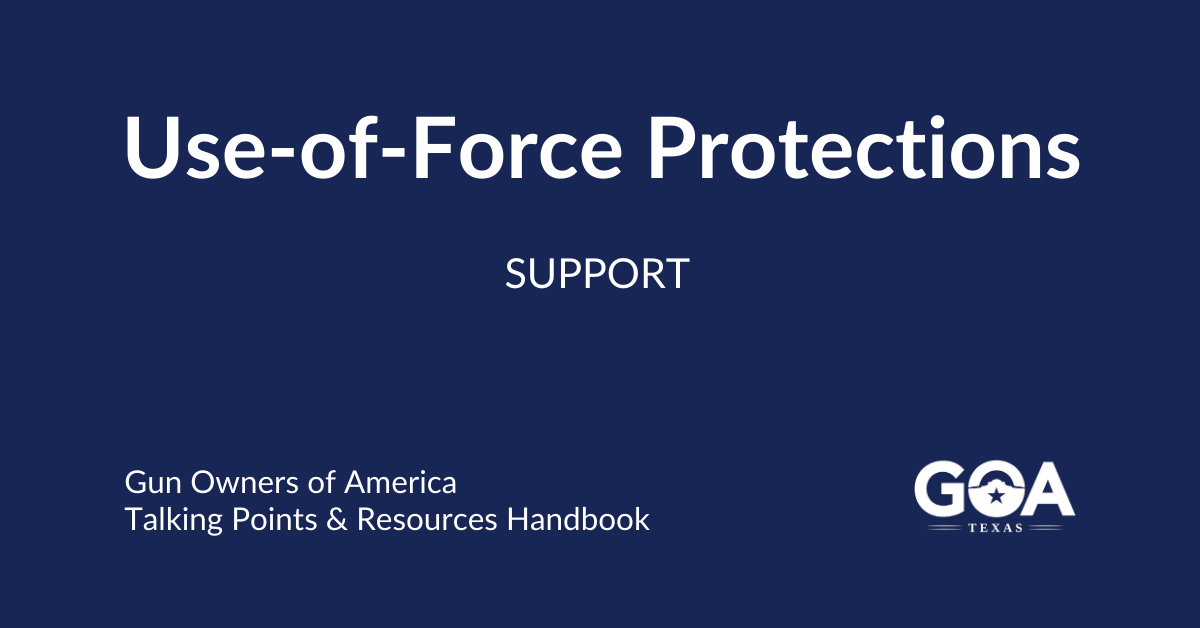 When our lives our threatened, we should be free to defend ourselves

Texas law presumes that a person is justified in using deadly force if the attacker is forcibly entering the person’s occupied home, vehicle, or place of business.

Texas recognizes Stand Your Ground, which means that as long as you are in a place you have a right to be, you did not provoke the person against whom the deadly force is used, and are not engaged in criminal activity, you have no duty to retreat. (See Texas Penal Code 9.32 (e).) In fact, if you use deadly force and your case goes to court, a jury will be instructed to not consider whether you could or should have retreated for any reason. Stand Your Ground is a much stronger protection than states which recognize merely the Castle Doctrine. On top of some powerful legal presumptions, the Castle Doctrine laws say that you have no duty to retreat if you are in your own home (or sometimes on your own property), but do not apply when you are somewhere else.

Texas allows the use of deadly force to protect your property in limited circumstances, including when and to the degree a person reasonably believes that deadly force is immediately necessary to prevent someone else’s imminent commission of arson, burglary, robbery, aggravated robbery, theft during the nighttime, or criminal mischief during the nighttime – and only if the land or property cannot be protected or recovered by any other means, or the use of force other than deadly force to protect or recover the land or property would expose the person acting in defense or another to a substantial risk of death or serious bodily injury.

We support the existing provisions that allow Texans to use deadly force to defend themselves. We also support an expansion of use of force laws to ensure that Texans always are legally able to protect themselves, their families, and their property – including with a gun if necessary – if any attackers are intent on destroying them.