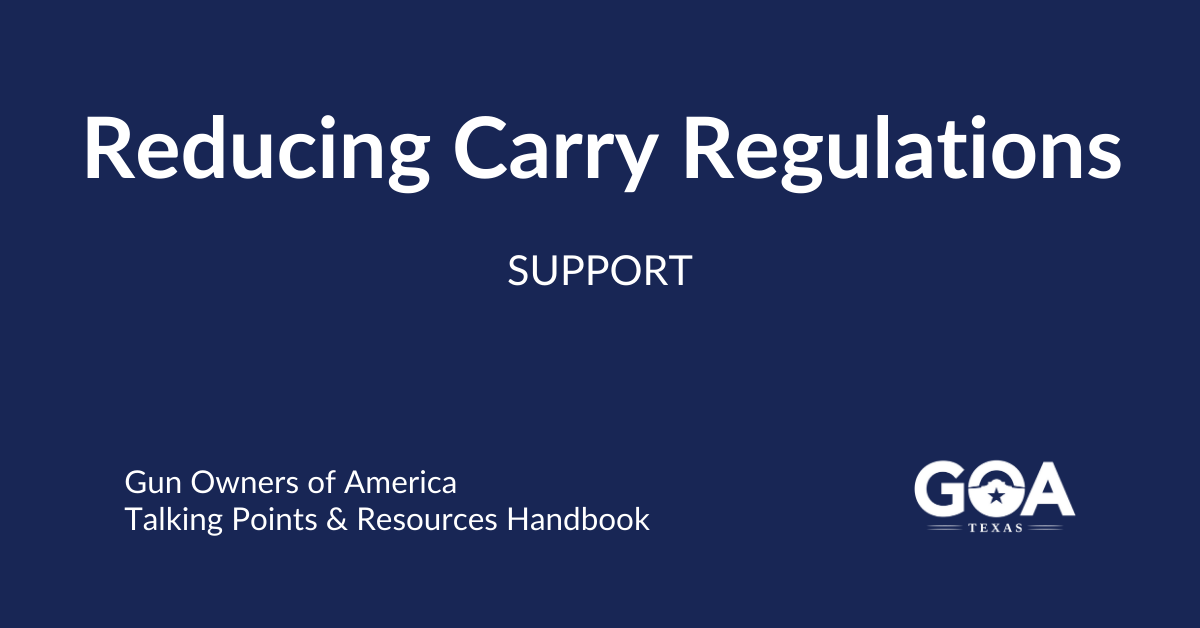 Although our mission is to repeal the license requirement end government-mandated “gun-free” zones for all honest Texans, we also support partial measures as a step in the right direction. For current law, GOA positions, and points on how to talk about these issues, please see the sections above on “Constitutional Carry” and “Ending ‘Gun-Free’ Zones.”