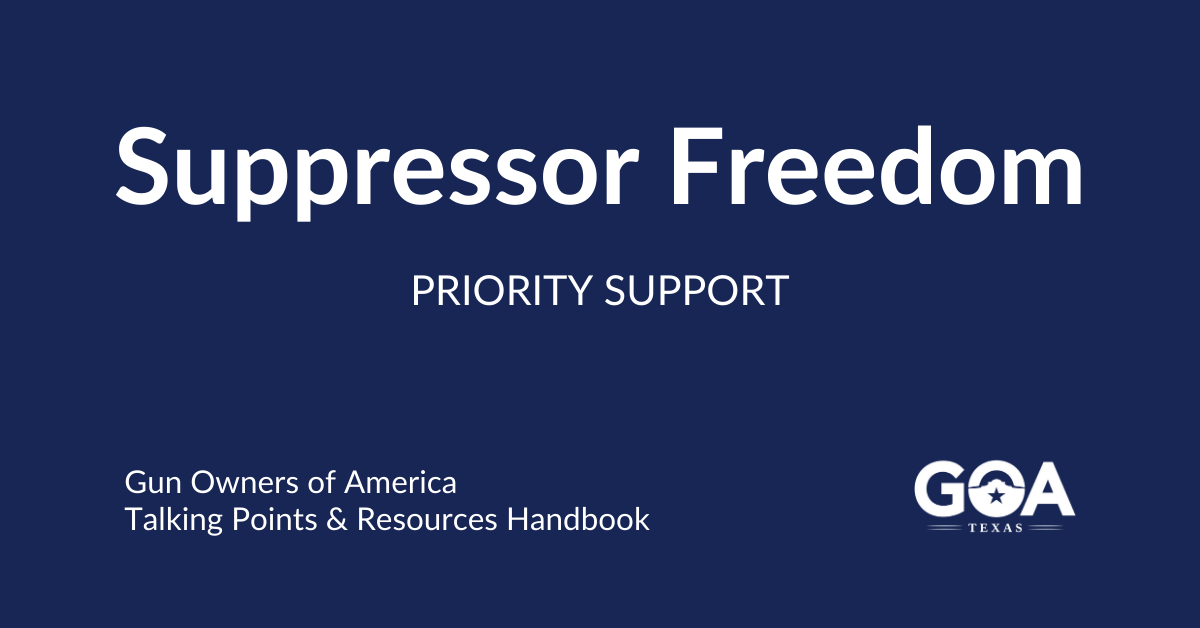 Currently, to own a suppressor, you must comply with an onerous set of Federal rules and regulations that include a $200 tax stamp and a lengthy wait – sometimes over a year. Also, separately, the State of Texas criminalizes owning a suppressor outside of those regulations.

Texans should be able to manufacture, sell, possess, and use firearm suppressors without having to jump through government registration hoops and pay a tax. Although we are fighting at the Federal level to ultimately repeal the burdensome regulations on suppressors, in the meantime, Texas can act. Texas should repeal the state law that requires suppressor owners and manufacturers to comply with all Federal laws. Instead, the state should statutorily exempt suppressors that are manufactured in Texas and remain within Texas from all Federal laws and regulations.  The state should also defend any Texan who falls under the exemption in Texas law.

What is a suppressor?

How loud is a suppressed gunshot?

Can Texas legally do this?

Under the bills listed below, a Texas individual or business who wanted to create “Made in Texas” suppressors would not have to risk prosecution to pursue a court judgment upholding this law.

This bill is distinct from laws in other states (e.g., Kansas, Montana) because it gives a way for someone to secure a court judgment that upholds this law before the person manufactures such items.

See also the section on Protection from Federal Infringement.

SUPPORT: HB 957 by Rep. Oliverson & SB 543 by Sen. Springer would declare that firearm suppressors manufactured in Texas from Texas parts, and sold in Texas (“Made in Texas” suppressors), are not subject to Federal regulations.