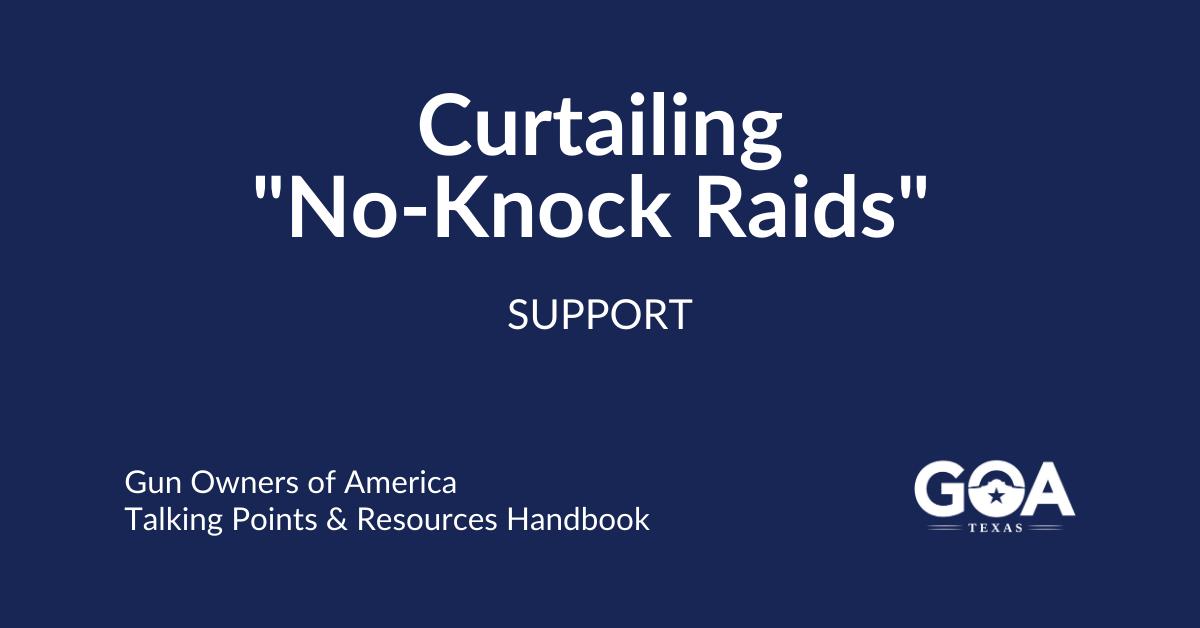 It is a foundational Fourth Amendment principle that, when executing a warrant, the police must knock and announce their presence and purpose, and allow a homeowner the time to let them in. This principle is designed to preserve a person’s life (so he is not accidentally shot), his property (his front door), and his dignity (if, for example, he is in the shower). Only if the police have “exigent circumstances” has the Supreme Court permitted entry without knocking.

Long-time gun rights activists may remember GOA and Gun Owners Foundation’s amicus brief in Quinn v. Texas, where we challenged police for justifying their use of a “no-knock” home invasion simply on the basis that the occupant owned a firearm.

In Quinn v. Texas, John Quinn was asleep in his bed when Texas police broke down his door in the middle of the night, and shot him when he reached for a weapon, thinking his home was being invaded. The police were there to serve a search warrant for his son, Brian, who they knew was not at home at the time, but whom they suspected of dealing drugs.

The only justification for the “no-knock” raid that police gave was that John Quinn owned a firearm. The police claimed that firearms ownership was enough to present a danger to law enforcement, even though they knew John Quinn had a concealed carry permit — meaning the state of Texas had pronounced him to be a safe, law-abiding citizen.

Our amicus brief pointed out that the police dispensed with the Fourth Amendment and executed a no-knock raid for the sole reason that Quinn had chosen to exercise his Second Amendment rights to keep a firearm in his home for self-defense.

“No-knock” warrants were promised to be a rare exception to the common law requirement that police serving a warrant “knock and announce” themselves.  However, over the years, the exception has swallowed the rule. Texans should not have to live in constant apprehension that the police may decide to batter down their door in the middle of the night to serve warrants for relatively minor offenses, or simply because the police got the wrong address. We will continue to fight against the normalization and regular use of ‘no-knock’ raids for nonviolent offenses that can jeopardize innocent life. 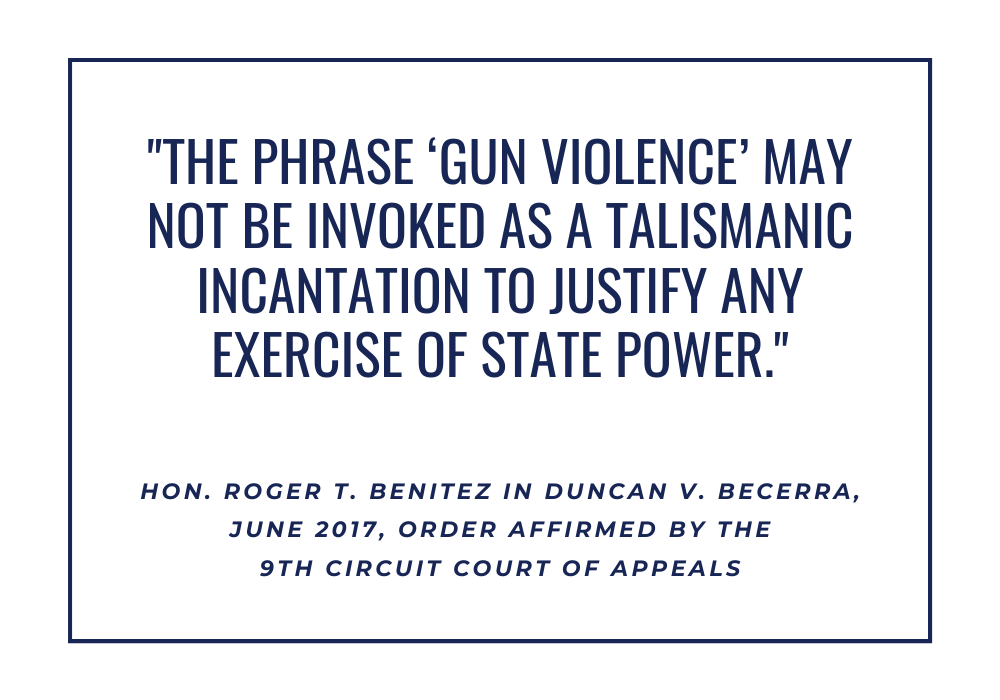