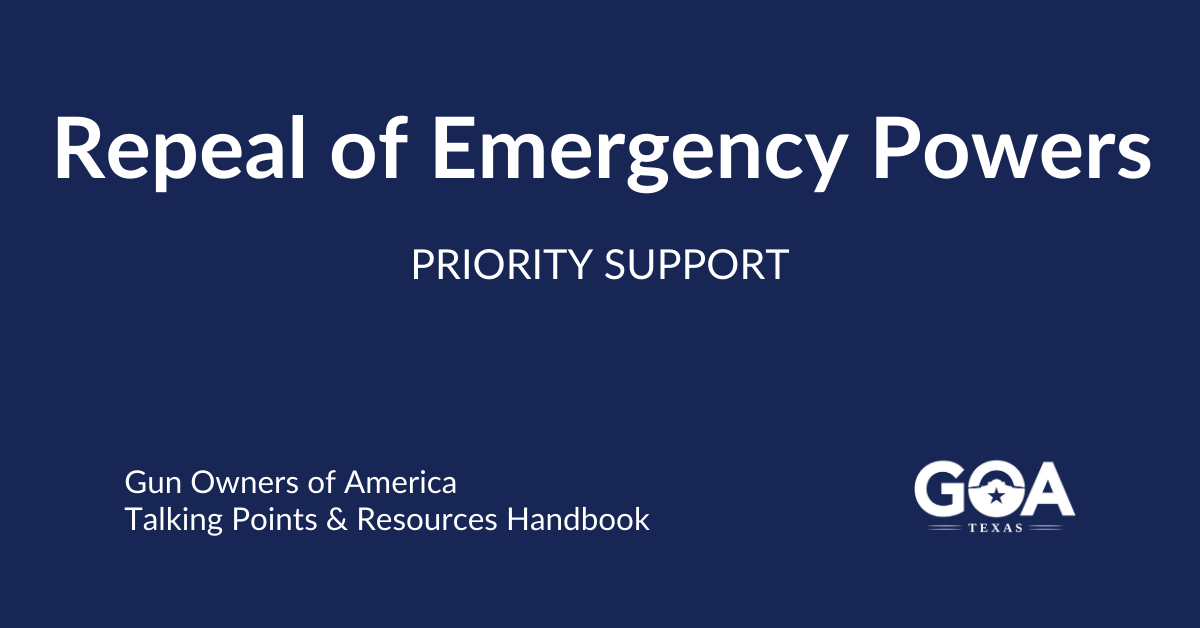 We must repeal the governor’s ability to regulate and restrict our gun rights during an emergency. Also, we should pass a Constitutional Amendment to the Texas Constitution to ensure that a future legislature can’t simply change its mind.

Note: To amend the Texas Constitution, the House and Senate must each approve the measure with a 2/3 vote. Then, Texas voters must approve it by a majority vote at the following November election.