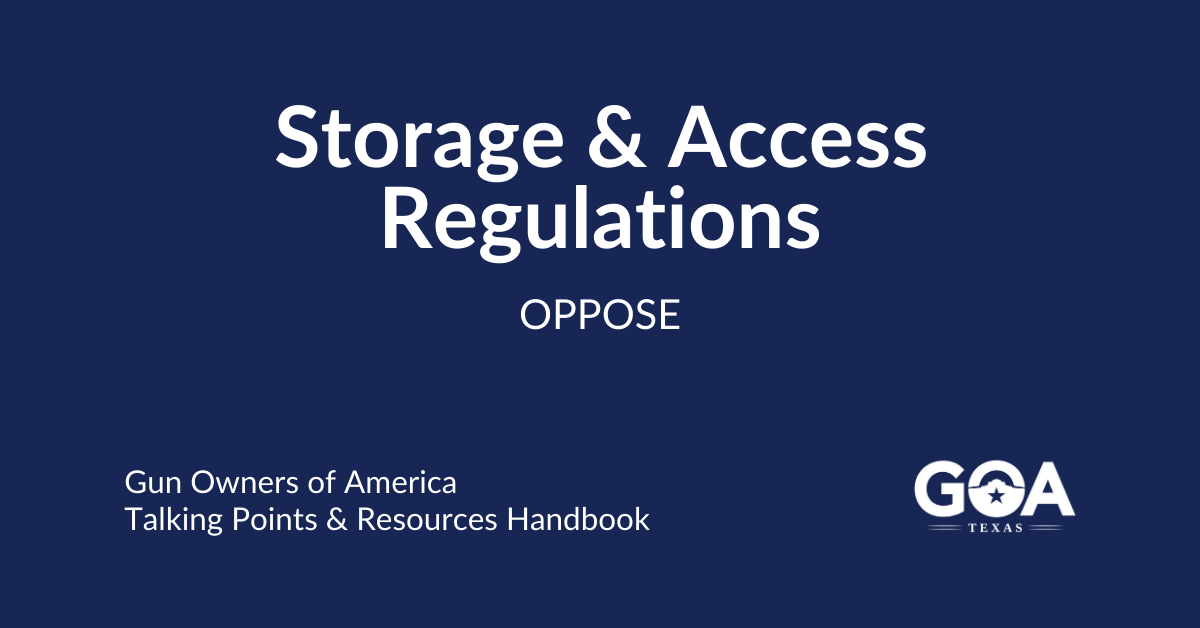 There are a few exceptions – for example, if a child is at a shooting range under the supervision of an adult. However, the exceptions are listed as “defenses to prosecution.” So, you could still be charged and go to jail, and it would be your responsibility to show (at trial) that you qualify for one of these defenses. (See Texas Penal Code 46.13).

Currently, Texas law does not mandate firearm storage other than through these child access laws. However, in 2019, the Texas Legislature did pass a budget rider that appropriated one million taxpayer dollars to DPS for a public awareness campaign. DPS has used the money to run ads insinuating that gun owners must always keep their guns locked up, and that any other storage is irresponsible. These ads are being used to change public opinion about guns and to stigmatize gun ownership.

Texans’ lives depend on their ability to have ready access to their firearms. Texans must take responsibility to be well-trained and able to use their firearms safely and accurately if needed. It is up to an individual gun owner to decide how to store firearms, and it is up to parents to decide how and when to allow their children access to firearms. The government has no place in regulating firearm storage or child access to firearms, and any attempt to do so – or to turn public opinion against firearms – could cost lives.

Gun storage is an individual responsibility – not a “one-size-fits-all” legislative bill.

Texans of all ages successfully use guns to save lives.

WATCHING: HB 693 by Rep. Moody deals with children’s access to firearms (see discussion above on Texas Penal Code 46.13). It raises the penalty to a Third Degree felony if someone allows a child to gain access (as described in Penal Code 46.13) and the child causes serious bodily injury or death to someone who does not live with the child.