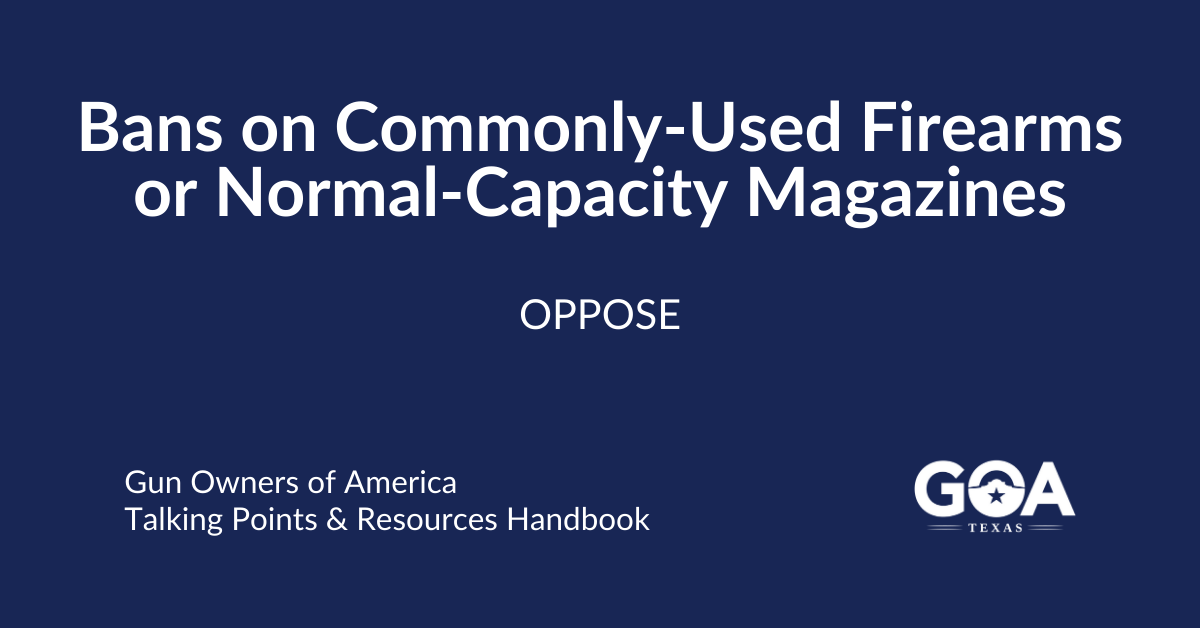 See also discussion and points for how to talk about this issue under Constitutional Carry and Ending “Gun-Free” Zones, showing how important it is for us to be able to use firearms to stay safe.

Commonly owned firearms such as AR-15s and semi-automatic shotguns and magazines that hold more than 10 rounds are extremely common and highly practical for normal civilian shooting, hunting, and defense. More importantly, they are also protected by the Second Amendment under the history/text test upheld by the Supreme Court in D.C. v. Heller (2008). Ultimately, our right to keep and bear arms is not simply about what guns people enjoy shooting; it is about protecting our lives from danger and defending against a tyrannical government. If Texas were to ban these firearms and magazines, Texans would lose their safety and their freedom.

Each of these bills would ban many standard centerfire rifles, shotguns, and pistols by defining them as “Assault Weapons” based on characteristics such as an adjustable stock, fixed magazines that hold more than 10 rounds, grips, and overall length.

Each of these bills would ban magazines that hold over 10 rounds.