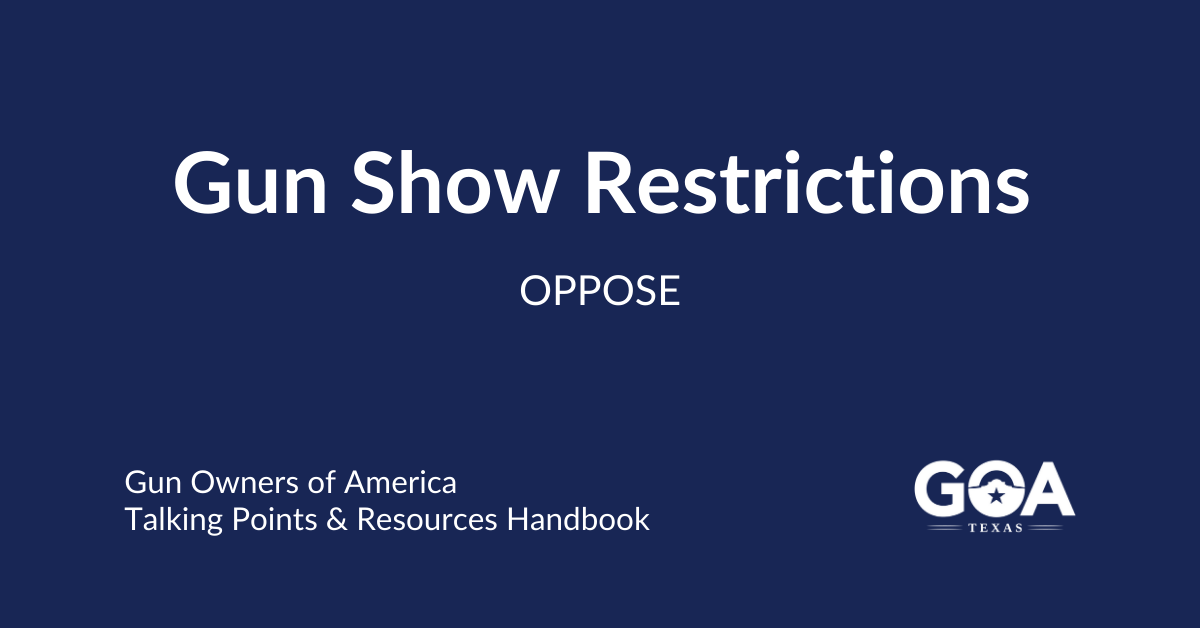 Due to existing Federal regulations, if you are purchasing a gun from a gun dealer (including at a gun show), you must submit to a background check. However – at gun shows or anywhere else – a private individual can sell a privately-owned firearm without requiring the buyer to undergo a background check.

Gun confiscation radicals have often used the term “gun show loophole” to demonize gun shows and insinuate that gun sales at gun shows create a more dangerous society. They want to end your ability to freely buy and sell personal property in this manner, and they want to place extreme limitations and bureaucratic nightmare regulations on gun shows.

See section on “Background Checks,” for additional discussion and points on how to talk about this issue.

Texans should enjoy the ability to freely transfer their personal property – including firearms – at the location of their choice, including at a gun show. Background checks and regulatory burdens on gun shows do not keep weapons out of the hands of criminals; they only make it more difficult for the vulnerable to defend themselves.

Each of these bills would ban private sales of guns at gun shows, in addition to adding severe regulations to gun shows. Specifically, they would: