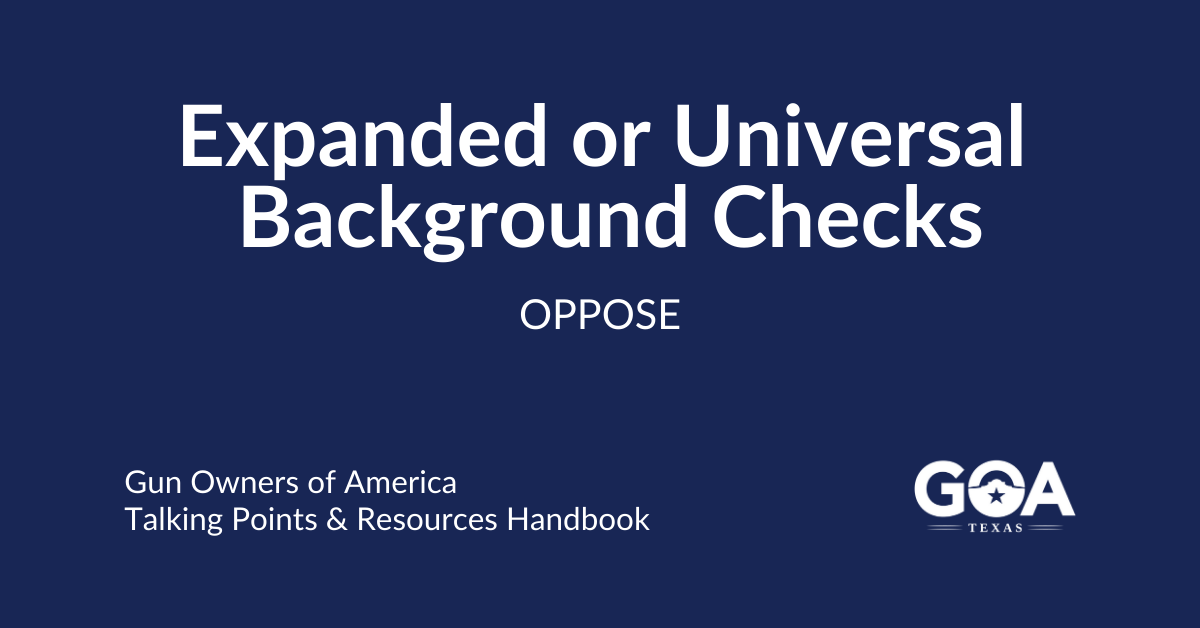 Government should not hinder us from buying or selling personal property

Currently, Federal law requires that someone with a Federal Firearms License (FFL) must conduct a background check before transferring a gun to someone. A transfer can include selling, loaning, giving, etc. So, if you buy a gun from a gun store, pawn shop, or other similar establishment, you must submit to a background check.

In Texas (and many states), these background checks are run by the FBI. In some states, called point of contact states, a state agency will collaborate with the FBI to help run the check.

Texas does not currently require a background check on private gun sales. You can freely transfer your own property as you wish. However, you may not sell or transfer a gun to someone who is prohibited from possessing a firearm, if you are aware that the person who intends to use it unlawfully, is intoxicated, is restrained by a protective order, or has been convicted of a felony (with time limitations). (See full listing at Texas Penal Code 46.06.)

However, some states require background checks for any private gun sale or transfer – for example, if you wanted to sell a gun to a friend, you would have to go to a gun store (or an FFL holder) and pay for them to run a background check on the buyer. This policy is known as Universal Background Checks, or, if it requires checks on only some private gun sales, Expanded Background Checks.

Gun Owners of America opposes background checks because they are unconstitutional infringements of the rights protected by the Second Amendment. Background checks do not stop criminals from getting guns, but they do cost innocent civilians their lives.

While the Federal government continues to mandate background checks, we oppose a state becoming a “point of contact state,” in which that state gains access to all the information of those who are receiving background checks and can add to the bureaucratic nightmare of delays. We also oppose any state law expansion of background checks – for example, mandating checks on private gun sales.

It’s wrong for the government to require a background check before any gun purchase – it’s like considering someone guilty before proven innocent and making them prove that they’re worthy to exercise their right.

Most background check denials are mistakes. (See bit.ly/334ZXIk.) The National Instant Criminal Background Check system is already a mess; nearly 95% of denials are false positives. So, expanded checks are more likely to keep guns away from the law-abiding than from criminals.

The global pandemic showed huge weakness in the system. The FBI’s work was delayed, and checks — that are supposed to be instant — suddenly took days, weeks, or even over a month to process. Meanwhile, honest Texans were waiting for their guns – during a time of increased rioting and violence, when we most needed to be able to purchase guns for our protection.

Minorities are wrongly denied disproportionately to others. People are often denied because their names sound or look similar to the names of the actual criminals who are banned from guns.

“These mistakes affect certain racial groups more than others. Hispanics are more likely to share names with other Hispanics; the same is true of blacks. Because 30 percent of black males have criminal records that prevent them from buying guns, law-abiding African-American men more often have their names confused with those of prohibited people.” (John Lott, bit.ly/2QdUj21)

Over 250,000 veterans who need help handling their finances were added to NICS even though their disabilities likely shouldn’t preclude gun ownership.

Requiring background checks for private sales cannot effectively be accomplished without creating a gun registry. Gun owners stand strong against any move toward a gun registry.

Evil hearts are the problem, not gun ownership. Criminals will still find ways to get guns: straw purchases, other illegal purchases, stealing, even stealing from police — or they’ll use other weapons for their crimes.

“In my book, The War on Guns, I find states with these background checks experienced an increase of 15 percent in per capita rates of mass public shooting fatalities. They also saw a 38 percent increase in the injury rate. Nor is there evidence that expanded background checks reduce rates of any type of violent crime, including mass public shootings, suicide, the murder of police officers and domestic violence against women.” (John Lott, bit.ly/2QdUj21)

The following bills would require background checks for all private gun sales and transfers, with very limited exceptions for transfers to relatives. Class A or Class B misdemeanor for each offense. 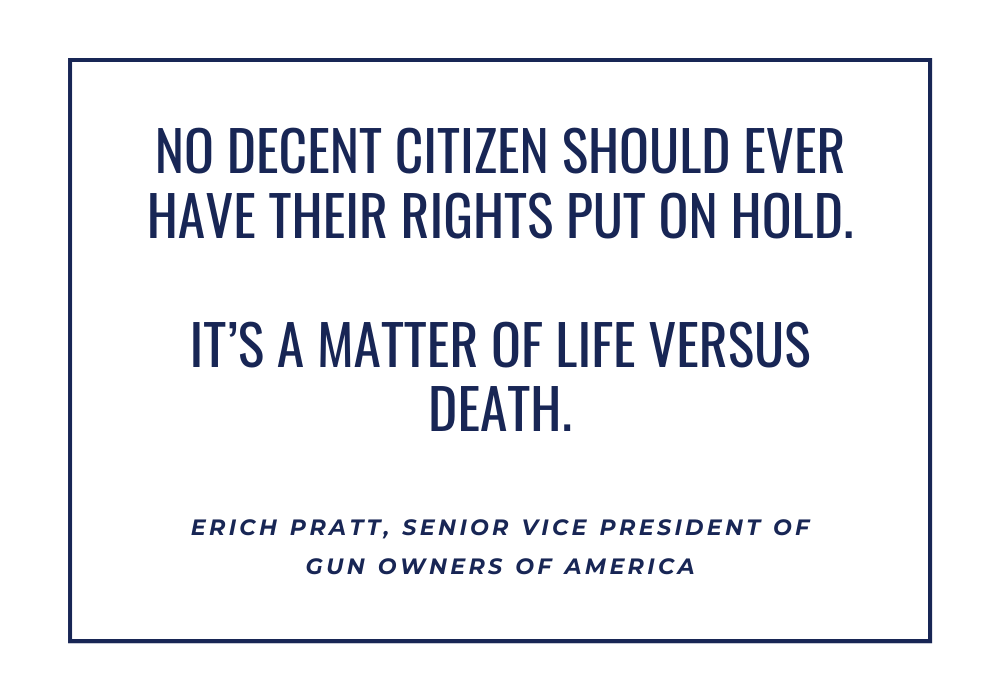