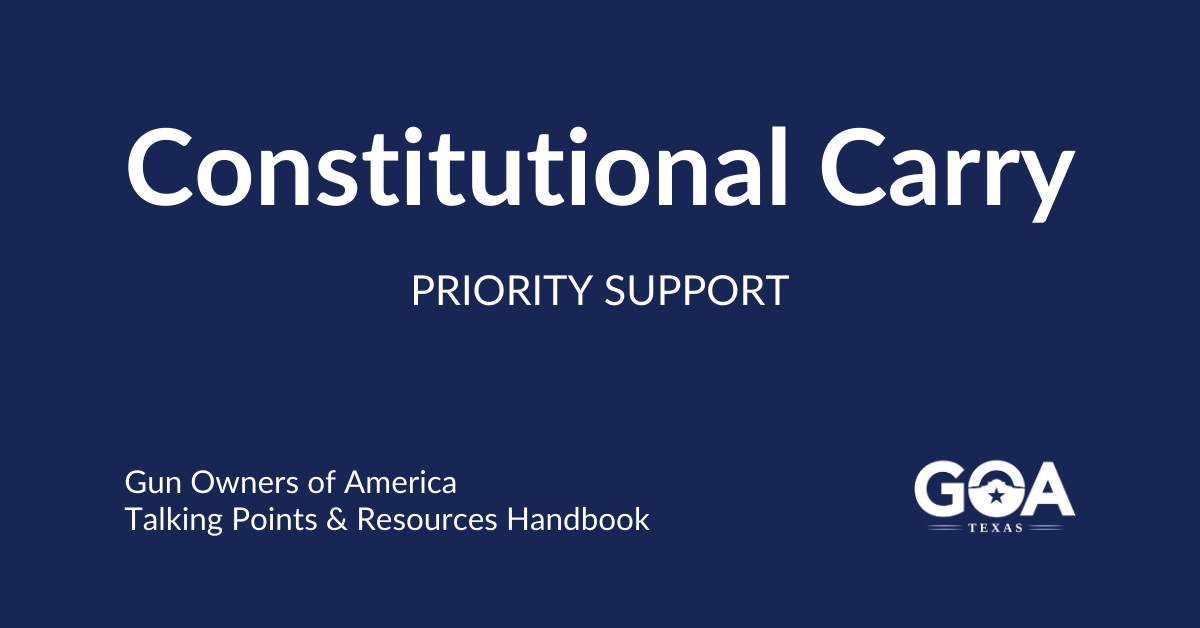 In general, Texas Penal Code 46.02 prohibits handgun carry outside of one’s property, living quarters, or vehicle. The main exception is for those who have a license (LTC) to carry a handgun in public. LTC holders may carry openly (visible, in a shoulder or belt holster) or concealed. To be eligible for an LTC, one must be 21 (or 18-20 and military), eligible to purchase a firearm under state and federal law, and meet many other requirements listed in Texas Government Code 411.172.

Texas must recognize the right to carry a handgun without a license. Anyone 18 years or older who can legally possess a handgun should be able to carry it, open or concealed, without asking for permission. Constitutional Carry legislation would still maintain the LTC system as an option for those who would like an LTC (for gun purchase and reciprocity), and it would still prohibit handgun carry by people who are prohibited from owning firearms. 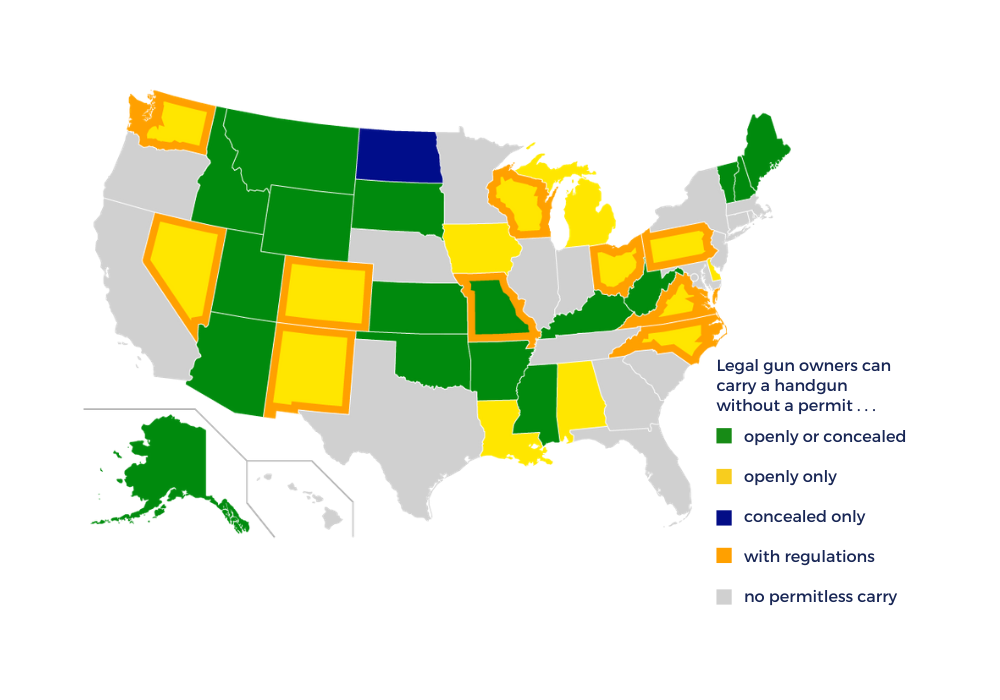 Each of these four bills recognizes the right of those who can legally possess firearms to carry handguns, open or concealed, without a permit:

These two bills, if both passed, would achieve the same goal: 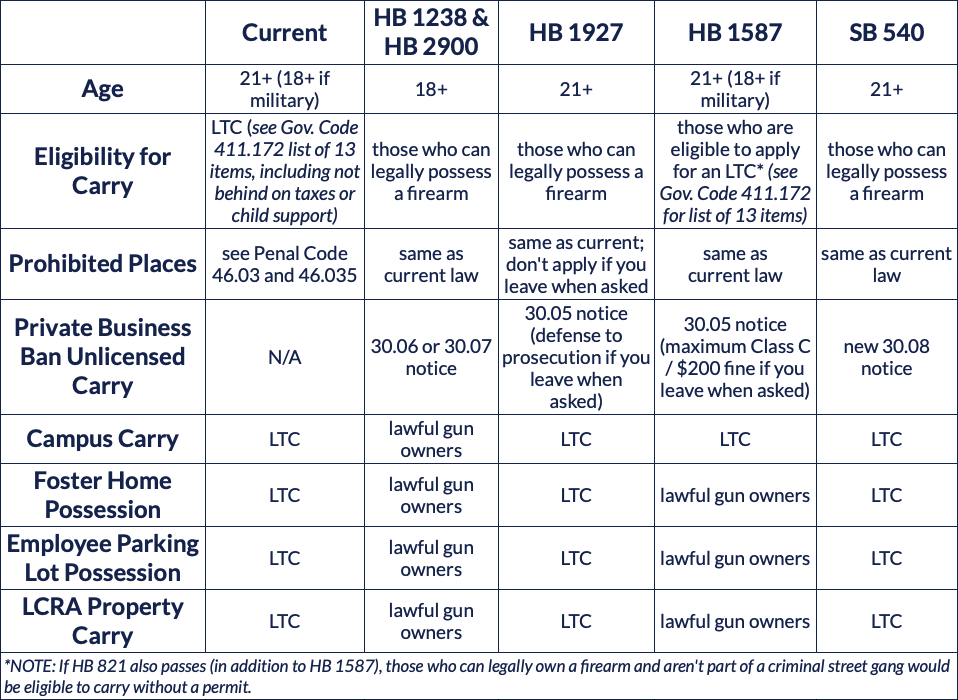