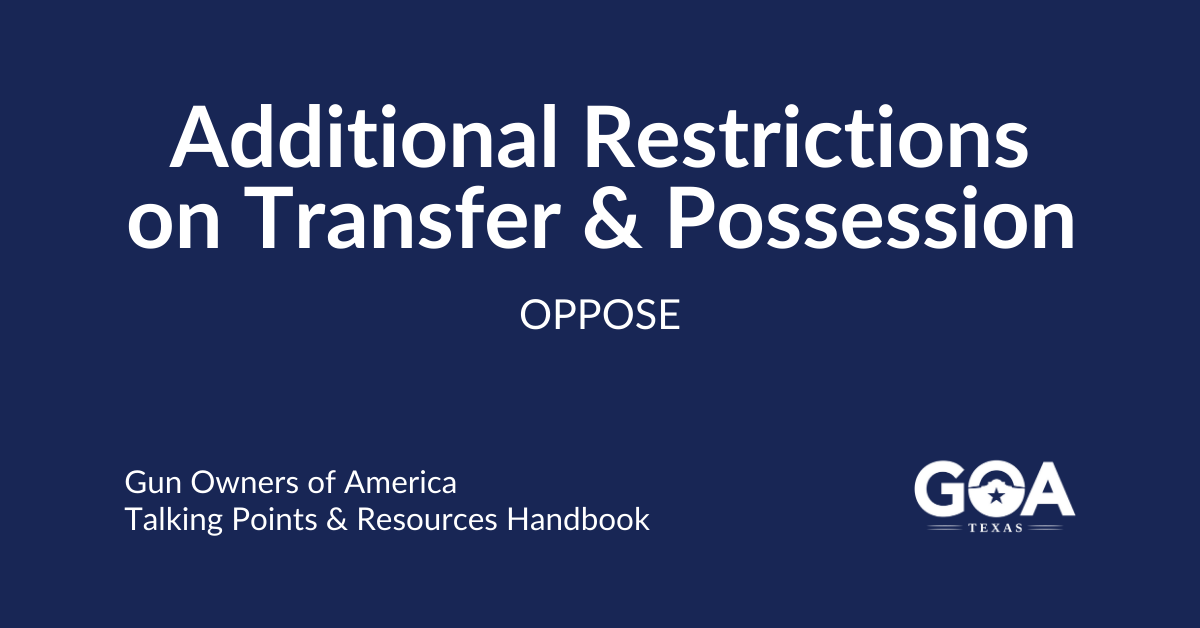 See also discussion and points for how to talk about this issue under Constitutional Carry and Ending “Gun-Free” Zones, showing how important it is for us to be able to use firearms to stay safe.

The individual right to own firearms is fundamental. This right enables us to defend our lives against criminals and ultimately equips us to defend our liberties against a tyrannical government. Because this right is of utmost importance, the state must exercise extreme care before legally terminating or suspending a person’s ability to possess firearms – and must not adopt policies or regulations that could be used to discourage, delay, or deny honest Texans from exercising their right to purchase firearms.

Under no circumstances can the state properly force a person to forfeit his or her gun rights unless the person has committed a violent crime and been duly convicted of that crime or has been properly adjudicated as mentally incompetent with full due process.