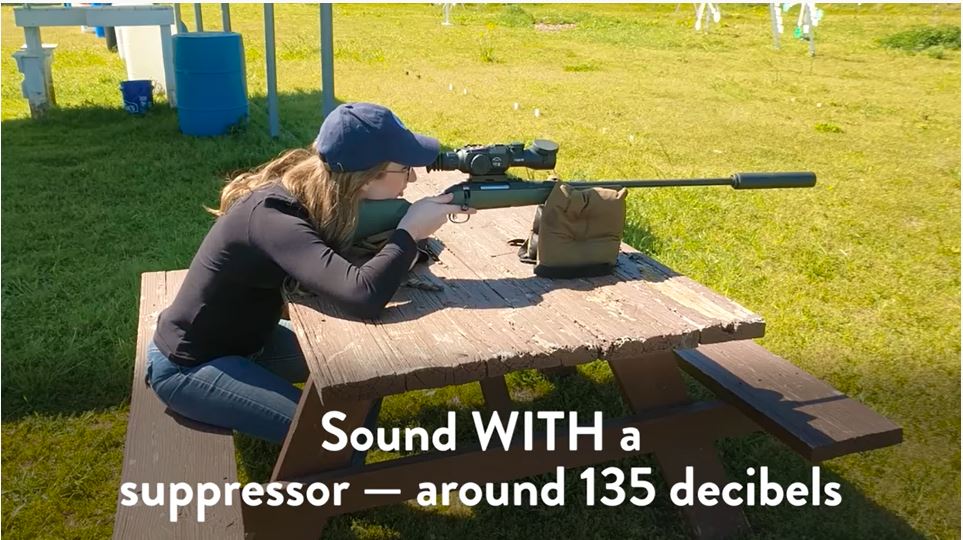 Written by Rachel Malone Published May 3, 2021

HB 957 by Oliverson, the Suppressor Freedom bill, is on the House floor today!

Please call your State Representative and ask them to vote YES on HB 957!

What this bill does:

TRUTH: Suppressors do NOT silence guns.

TRUTH: Suppressors are a safety tool.

Download our PDF Handout supporting HB 957 on the House floor. 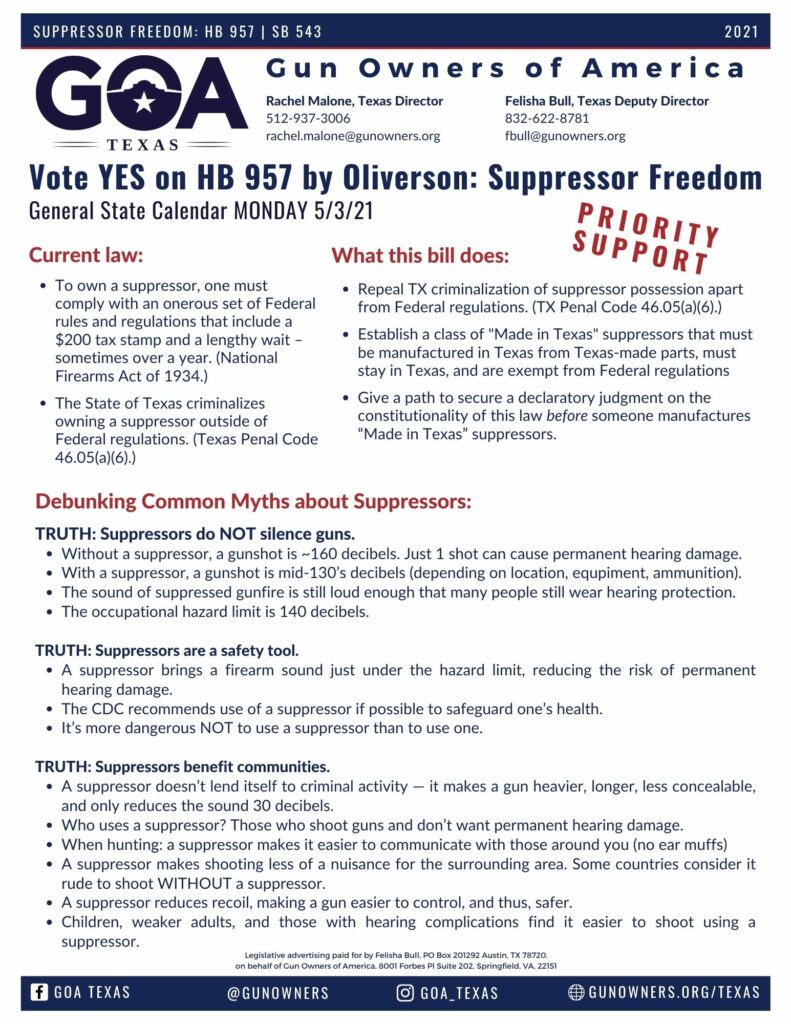