The Truth on 2A Sanctuary in Texas 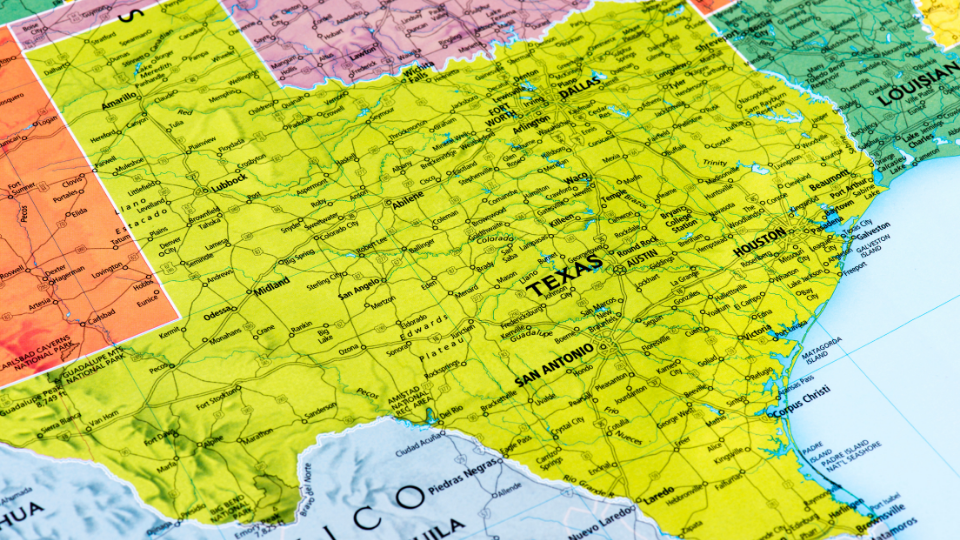 Last week, the House passed HB 2622 by Holland and the Senate passed SB 513 by Hall. Both of these bills contain language that is now being called “Second Amendment Sanctuary”—although the concept is not new. We have been testifying on similar bills (under different nicknames) in Texas since 2013.

Now, each bill will be sent to the other chamber. 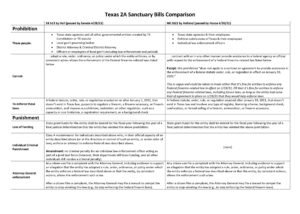 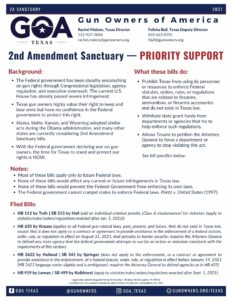 2A Sanctuary Legislation: What is it, really?

We have worked all session to remind you of the nature of a Second Amendment Sanctuary bill.

This legislation is generally intended to keep our state from being complicit in future Federal gun-control schemes.

It obviously has limitations:

It simply says that our state people and resources will not be used to help the Federal government enforce their laws that don’t exist in Texas law.

Most bills do not contain any individual criminal penalty for officers who violate it. Instead, they prohibit state and local entities from enforcing the laws, they remove funding from entities that violate this law, and they provide a way for the Attorney General to enforce this law through court action.

SB 513, however, does contain an individual criminal penalty.

SB 513 as amended in the Senate

There has been a lot of controversy over an amended draft offered by Senator Hall to his sanctuary bill, Senate Bill 513. It removes the individual criminal penalty for officers who are participating in a joint task force.

As frequently happens, there are no perfect solutions. We—and Senator Hall—would have preferred the original version of Hall’s bill—without the federal/state task force exception. However, we also prefer for a bill to pass and give us some protection instead of having no related bills even get through committee—as has been the case since 2013.

So the question becomes whether the task force exception is so wide that a bill containing it is worse than nothing. The answer: definitely not.

The bill still has all the enforcement mechanisms that most of the other 2A Sanctuary bills have. It still prohibits all enforcement of Federal gun-grab laws that don’t exist in our state laws—including on joint task forces. It would still remove funding from entities that participate in this enforcement, including District Attorney offices, public universities, and law enforcement agencies. And it still provides a mechanism for Attorney General enforcement.

And take into consideration that the result of doing nothing may be that there are no limits on the use of federal and state law enforcement resources to enforce the most extreme items of Biden’s gun control agenda.

It may also be possible to plant our marker—and try to improve upon it the next session.

And, finally, although we do not believe Biden can override this prohibition MERELY by asking the state for help, it may be possible to tweak the language by, for instance, require the task force be established by rule or regulation and have been in existence prior to Biden’s inauguration—or perhaps otherwise.

As you can see in our side-by-side comparison, HB 2622 never had an individual criminal penalty at all.

It says that the entire bill’s prohibition “does not apply to a contract or agreement to provide assistance in the enforcement of a federal statute order, rule, or regulation in effect on January 19, 2021.”

Of course we would hope that a court would never construe it to mean that pre-existing agreements give clearance for enforcing any future Federal gun-grab laws. But we’d rather that the language be clarified and strengthened.

Call your State Representative and State Senator. Tell them that you want Texas to pass Second Amendment Sanctuary legislation to take a stand against future Federal gun-grab laws.

And tell them that you want no exceptions, no outs, no compromises.

Although there are some in both the House and Senate who will stand strong and continue fighting for our rights no matter what—including Senator Hall, who has been a champion in the Senate for all of our pro-gun priorities—it takes the votes of a majority (or sometimes more) in order to get this legislation to the floor and get it passed. Please reach out to your State legislators today!

Find the Capitol Office info of your State Senator and State Representative here.