How—in Texas, of all places—could a gun rights bill die? 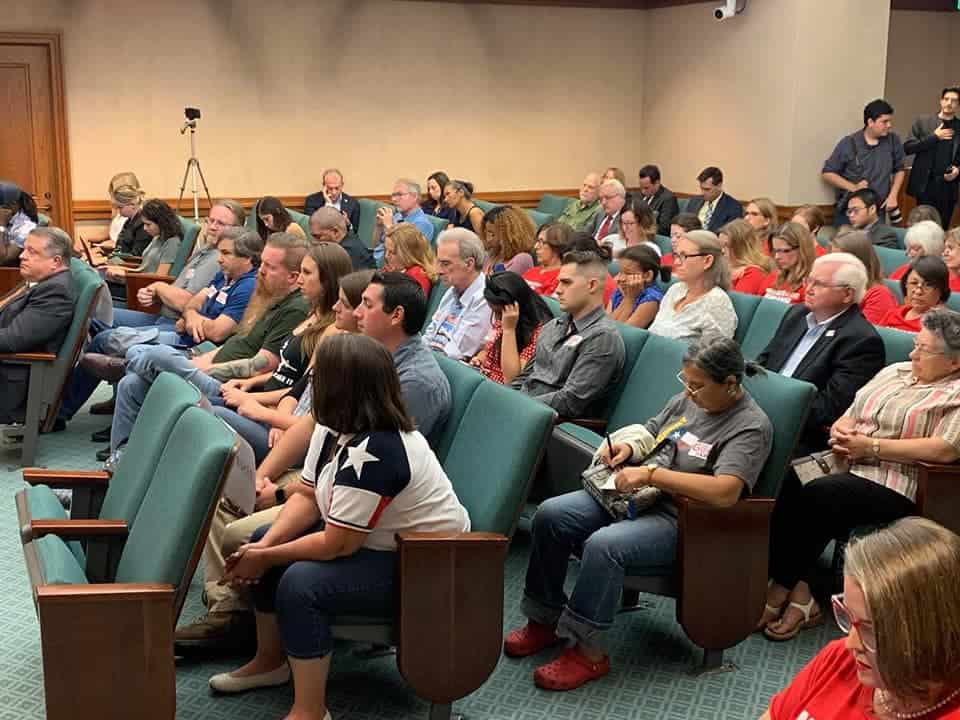 I remember vividly the moment I became politically involved. It was completely unintentional.

I had been carrying a handgun for self-defense for a little over a year. As a slim female, I was still struggling to learn how to best conceal my firearm as Texas required at the time. When I learned Texas was looking to change the law to where license holders could choose between open or concealed carry, I was excited for the bill to pass.

Unfortunately, the bill died without even receiving a vote on the House floor. I made frantic phone calls on the very last day of the legislative session, but of course my feeble last-minute efforts failed to save the bill.

How—in Texas, of all places—could a gun rights bill die? I was amazed at the lack of outrage—didn’t anyone care enough to do something about it?

Most of all, I was angry that the people of Texas had not been given a voice. Instead of allowing the bill to proceed for public debate and a vote on the House floor, the legislators had used political maneuvering to kill it quietly behind closed doors.

In that moment, I promised to work to get that bill passed. And I decided I would help Texans engage in the political process and navigate the maze of bureaucracy so their voices could be heard.

During the current time of civil unrest, with many crying out against injustice, I am reminded of my beginnings in civic involvement. I became politically involved because I hated the injustice of Texas’ gun laws, which make Texans less able to defend themselves. However, there is a stark difference between my advocacy and the current motivations and actions of some.

For some, the cry for justice seems to be a Trojan horse for introducing a socialist, anti-liberty agenda. Some are using the cry for justice as an excuse to commit violence and destruction. All of this is antithetical to those of us who truly want “liberty and justice for all.”

Injustice abounds in Texas—notably in our gun control laws still on the books, as I’ve previously discussed. I ache for all communities and all honest Texans to be fully and equally empowered to protect their lives and liberties. I readily acknowledge that Texas has a long way to go to reach that goal. But the solution does not lie in unfounded demands or violent outbursts.

History is full of examples of citizens taking up arms to stand against the bonds of an existing government—including at the Lexington Green and the Alamo. And there may be times in the future when armed resistance and revolutions are necessary to secure individual liberties.

But now is not that time.

The framework of our Constitutional Republic provides a wealth of opportunities for taking action to uphold our right to keep and bear arms—the right that secures all the others. Because of the work of the Founders in setting up a Constitutional Republic, we have non-violent options for addressing our grievances with government.

We would do well to seize the opportunity to use these peaceful yet effective options.

Now is the time to take full advantage of the constitutionally guaranteed right to peaceably assemble and petition the government for redress of grievances. Now is the time to show up and restore our rights by working within existing political structure.

There are many ways to be involved; the important thing is that enough of us who care about our individual rights show up before it’s too late.

We still have many liberties, despite the infringement of some rights. We can run for office. We can vote. We can promote and volunteer for a candidate who is not a part of the ruling political party in our area.

We can show up at the Texas Capitol and give our input on bills before they are debated and voted on by the Legislature. We can use technology to track legislation, watch legislative proceedings, and contact our representatives. We can make their phones ring off the hook when they break their campaign promises. We can meet with our legislators and be sure they remember they work for the people, and the people can fire them anytime at the ballot box.

We can also be involved in the political party of our choice. We can choose to participate in the business of a political party to help set their leadership, platform, and processes, and we can use the processes to help good candidates win elected office.

Instead of fiddling while Rome burns (or complaining to the couch while liberties erode), let’s engage in these processes afforded us in the framework of our Constitutional Republic.

Although my journey into public policy was accidental, my current advocacy is quite deliberate. I continue to resolutely champion gun rights to help Texas step toward liberty and justice for all.