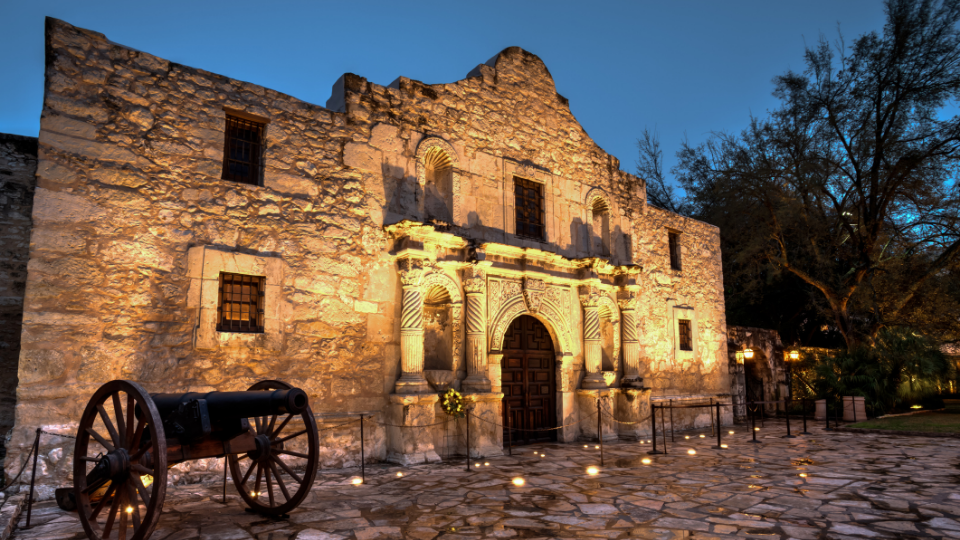 The term “Constitutional Carry” is used across the nation to mean “if you can legally own a handgun, you can carry it, open or concealed, without a permit.” This bill repeals the permit requirement to carry a handgun for legal gun owners age 21+, with one small exception: those who have been convicted within the past five years of one of four misdemeanor offenses (bodily assault causing injury, deadly conduct, terroristic threat, or disorderly conduct with a firearm) will not be able to carry handguns in public places under this bill even though they can legally possess firearms.

The existing prohibited places will still be in place for all those who can legally carry a handgun. We oppose prohibited places; however, the important issue of “gun-free” zones is historically addressed separately from Constitutional Carry. We will prioritize this issue in the next legislative session.

The current LTC law will not change—you can still apply for an LTC using the same process and eligibility requirements. Texans may choose to keep their LTCs for reciprocity and gun purchases. Also, campus carry will still require an LTC.

Remember that, even after the Governor signs HB 1927, the bill will not go into effect until September 1. It is important for Texans to take personal responsibility to know the law and to be trained before carrying a handgun.

Please print it and take it to your local gun shop, gun range, political club, church group, or any other organization you’re a part of. Encourage them to also join GOA!

You can print the FAQ easily in either color or black-and-white.

If you prefer, here are JPG images of the handout that you can easily share on social media. 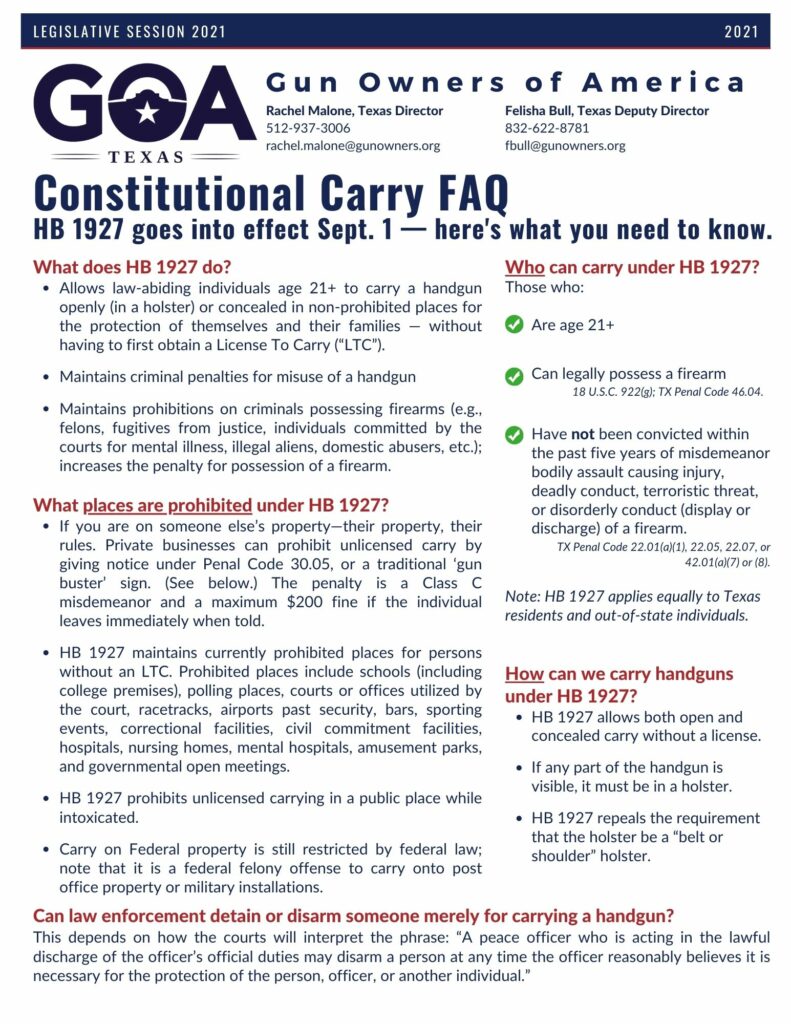 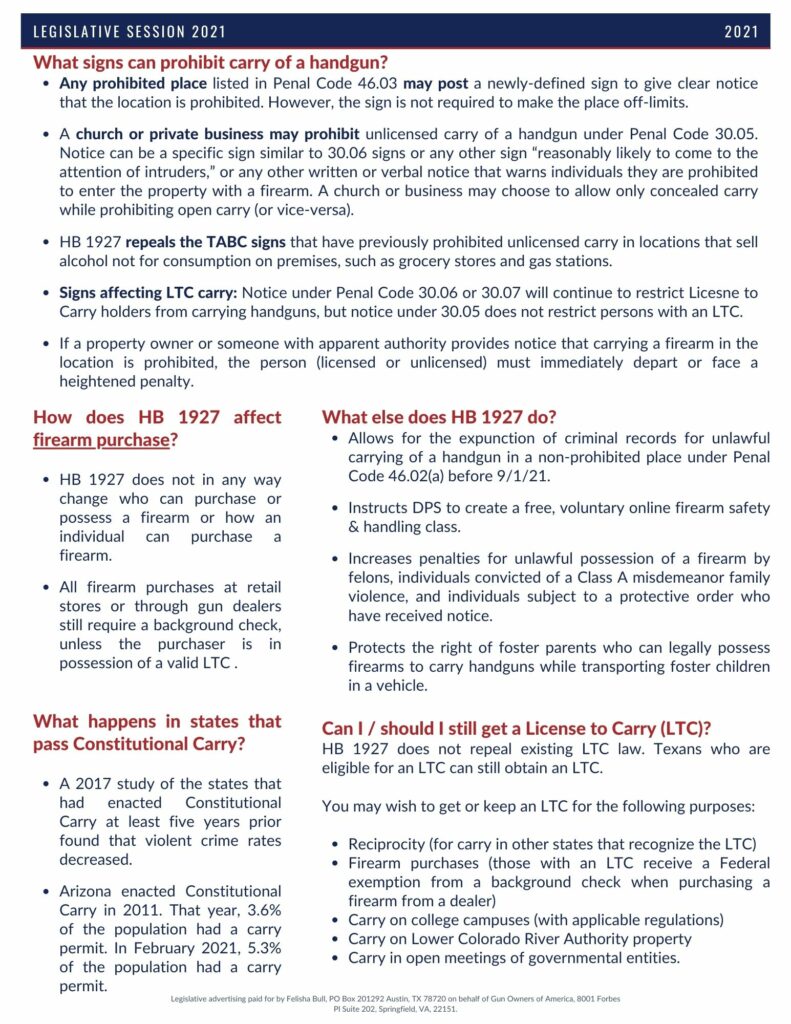