On the Constitutional Crisis 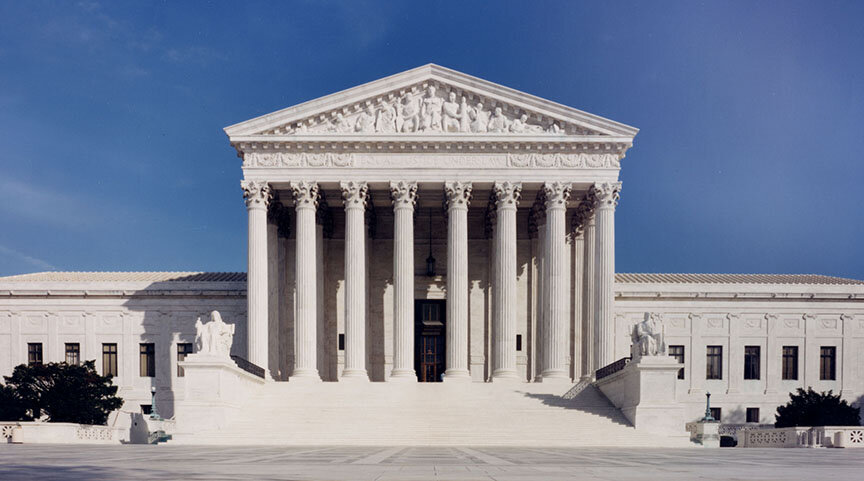 Pundits have debated recently whether or not we are in a “Constitutional crisis.” And with the passing of Justice Ruth Bader Ginsburg last Friday, and only a matter of weeks remaining until the next Presidential election, speculation swirls about the next appointment, court-packing, and Presidential powers.

But this certainly isn’t the first time our country has faced such questions that go to the core of our Constitutional framework.

This year’s Constitution Day—the annual remembrance of the signing of the Constitution on September 17, 1787—provided a unique opportunity to commemorate the details and history of our Constitutional Republic.

Back in 1800, the election for our country’s third President got ugly. Thomas Jefferson defeated his rival, incumbent John Adams. But Adams struck back during the “lame-duck” period between elections and inauguration.

Nineteen days before inauguration, Adams and his Congress pushed through a piece of legislation known as the Midnight Judges Act. This Act was a complete power-grab to try to pack courts all over the country with Adams’ people. The Act established 16 new lifetime judgeship positions, and Adams worked overtime to sign appointments for these positions before Jefferson took office.

Even more shocking, though, the Act also decreased the size of the United States Supreme Court. At the time, the law allowed for six justices. The Act reduced the Court to five justices, effective upon a vacancy. In other words, Adams and his Congress tried to rip away Jefferson’s ability to nominate a new justice to the Supreme Court even if one would retire or pass away during his presidency.

The rest of that story leads to a fascinating and extended series of events. It’s worth studying in order to understand how the separation of powers plays out.

But the important thing to note during this year’s celebration of Constitution Day is that the Constitution didn’t fail even under that crisis. The country didn’t fall apart. The system of government set in place by our founding document provided a way to work through the mess—just as it has during other dubious events in our nation’s history.

Our United States Constitution wasn’t written by the finger of God, and it isn’t infallible. But a Constitution that has lasted well over 200 years is certainly worthy of great respect—especially given that half of written constitutions don’t even make it to their 20th anniversary.

When we think of our Constitutional rights and protections, it’s common to think through the Bill of Rights. And when we think of our all-important gun rights—which give us the right to self-defense as well as the ability to stand against a tyrannical government—we naturally remember the guarantee of the right to keep and bear arms in the Second Amendment.

But the Bill of Rights almost didn’t make it into the Constitution. This isn’t because the Founders didn’t think those rights were important. Instead, they believed those rights were already inherently protected in the body of the Constitution. And they hesitated to spell out certain rights, fearing that enumeration of some rights would undermine other rights that still existed but weren’t so specifically included.

Our enumerated rights in the Bill of Rights are extremely important, and it’s alarming to think of what Congress might have done with our gun rights if we didn’t have the Second Amendment. But we still shouldn’t forget the importance of the rest of the Constitution in protecting our gun rights.

The body of the Constitution includes such important provisions as the separation of powers, which is designed so that one branch of government can’t grab power and usurp rights without other branches being able to provide a “check.”

The Constitution provides limited jurisdiction for Congress. Unlike state governments, the federal government does not have general “police powers” that would let it generally make whatever laws and regulations it decides would be beneficial for the public. Instead, it is limited to only a list of enumerated powers. Undoubtedly Congress has overreached its rightful power, but we can only imagine how much farther it would have reached if not for the Constitutional limitations.

The Constitution provides Federal court systems designed to be somewhat insulated from political pressures. Judges with lifetime appointments don’t have to worry about the next election; theoretically, they can focus on applying the law.

No, the Constitution is not a perfect document. It certainly has not protected all the rights of all Americans throughout its history.

So, in honor of Constitution Day, celebrate the rights and guarantees of the Constitution. Commemorate the sacrifices of those who have worked throughout our nation’s history to ensure that the promises of “liberty and justice for all” actually were upheld for all Americans.

And commit to engaging in our Constitutional Republic system of government in all the ways we can to create an even more perfect Union.