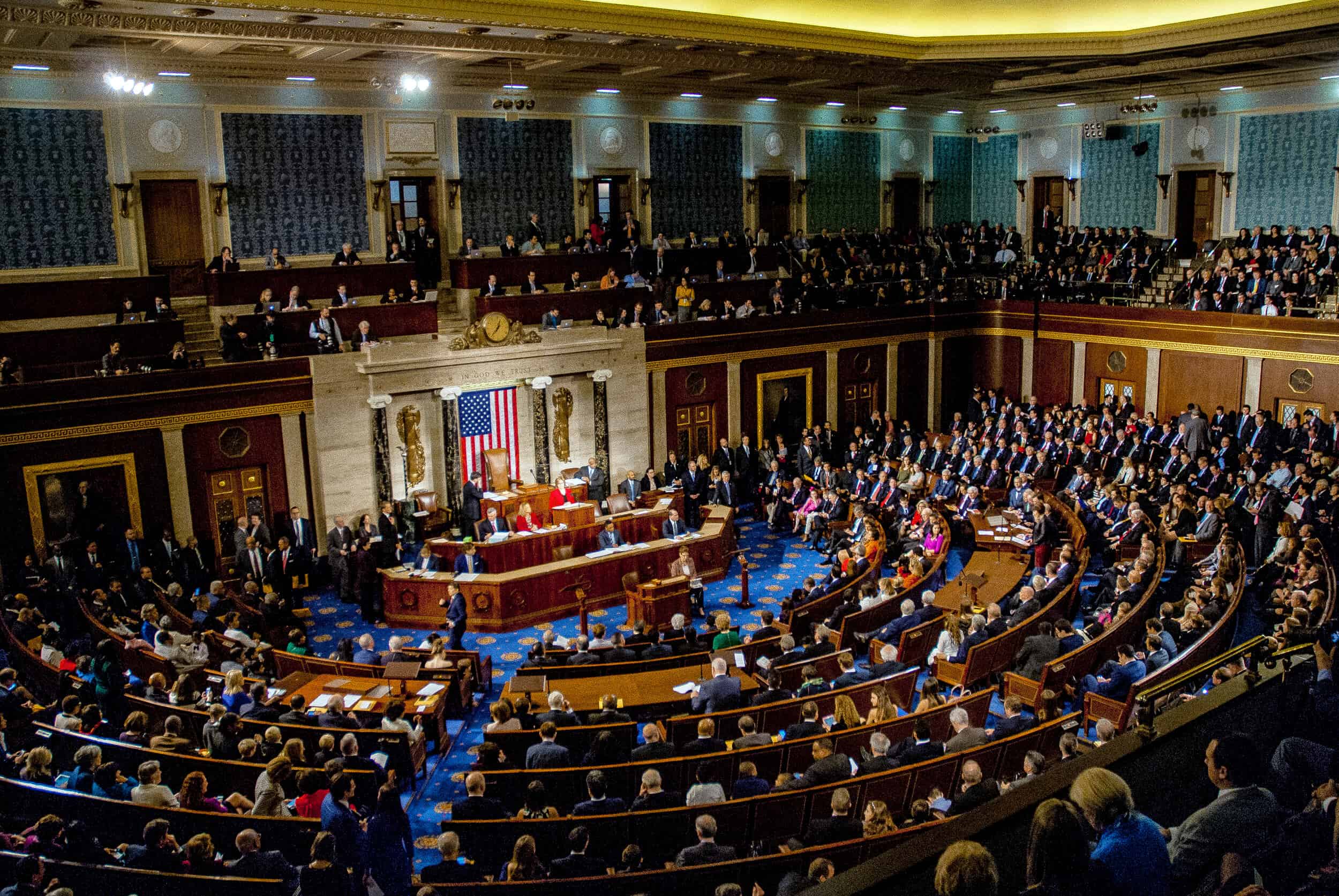 House Republicans were asleep at the wheel this week and missed a major piece of gun control legislation buried deep in the original text of H.R. 6395, a $740.5 billion National Defense Authorization Act (NDAA) on Tuesday—legislation they had unanimously voted out of committee.

While the House Armed Services Committee vote to move the bill to the Floor of the House of Representatives two weeks ago went swimmingly for interested parties, the road to the finish line was brutal.

Hundreds of amendments were proposed, and the parliamentary proceedings to sort through the mess forced members to physically stand on the chamber floor for a series of votes over the course of two consecutive days—excruciating work indeed. Eventually around 5:30 PM on Tuesday evening, the bill passed, 295-125 with a veto-proof majority. There were 9 Republicans not voting, 108 voting “yea,” and 81 voting “nay.”

With this final passage, the U.S. House of Representatives finished its work on this spending “masterpiece,” and more than half of Republicans were now on record in support of “red flag” gun confiscation orders (GCOs) for the Armed Services.

On page 343 of 1427 lay a section stating: “a military court protective order issued on an ex parte basis shall restrain a person from possessing, receiving, or otherwise accessing a firearm.”

Understood in context, Section 542 of the bill codified a new “red flag” gun confiscation order program enforceable against any person subject to the United States Code of Military Justice—meaning both active duty military and retirees, among others. Because these would be issued on an ex parte basis, the gun owner would get no notice, no attorney, and no ability to defend himself against the accusations—in short, no due process.

You might ask, what is gun control doing in an annual national defense appropriations package?

But anti-gunners had asked themselves a better question at least several weeks earlier: why not enact gun control in a national defense bill?

Gun owners should count themselves lucky that the final text of the 2021 NDAA will be determined through conference negotiations in the coming weeks with Senate Republicans and the White House.

GOA informed Congress of the danger in this bill and activated our members with an action alert to highlight this egregious gun control—urging representatives to vote “nay.”

But in the end, only some Republicans voted against the measure.

Was it because the other Republicans support gun confiscation orders?

Republicans voted against a weaker form of “red flag” gun confiscation in the Violence Against Women Act Reauthorization of 2019. Speaker of the House Nancy Pelosi refrained from bringing GCOs to the floor for a vote alongside universal background checks pursuant to a lack of support earlier this Congress, as well.

If Republicans in Congress are generally opposed to GCOs, why did they vote in favor of the bill?

Twenty-three Republicans failed to read the 1427-page bill before they voted it out of committee, and the rest of Congress spent more time drafting riders and divining their election polls than evaluating the legislation’s merit.

Establishment media reported that the upcoming vote was about whether to rename military bases presently named after Confederates, inciting the President to formally threaten a veto.

Rather than standing strong against gun control by voting against the legislation and force Pelosi to restart the legislative process, these 108 Republicans decided to vote on the cancel-culture issue they assumed would help distance themselves from Trump in their re-election bids.

Just like that, 108 Republicans went on record in favor of ex parte gun confiscation for our active and retired military men and women. This is what enabled “red flag” gun confiscation to pass the House of Representatives in a veto-proof majority with Republican support.

For now, there is strong support for the Second Amendment in the U.S. Senate, and this chamber will likely fight to remove this egregious language in conference negotiations. But the Senate is hardly composed of hard-working stalwarts, and no one can guarantee we will retain control of the Senate after the November elections either.

Even if Republicans do retain control of the Senate, this episode shows how easy it is for Republicans to “accidentally” pass gun control simply because they are asleep at the wheel.

It is said that eternal vigilance is the price of liberty. Gun owners must be always on the alert to hold Congress accountable.

You can stay up to date on gun rights issues by signing up to receive Gun Owners of America’s action alerts.

Aidan Johnston (@RealGunLobbyist) lives in D.C. and is the Director of Federal Affairs for Gun Owners of America.