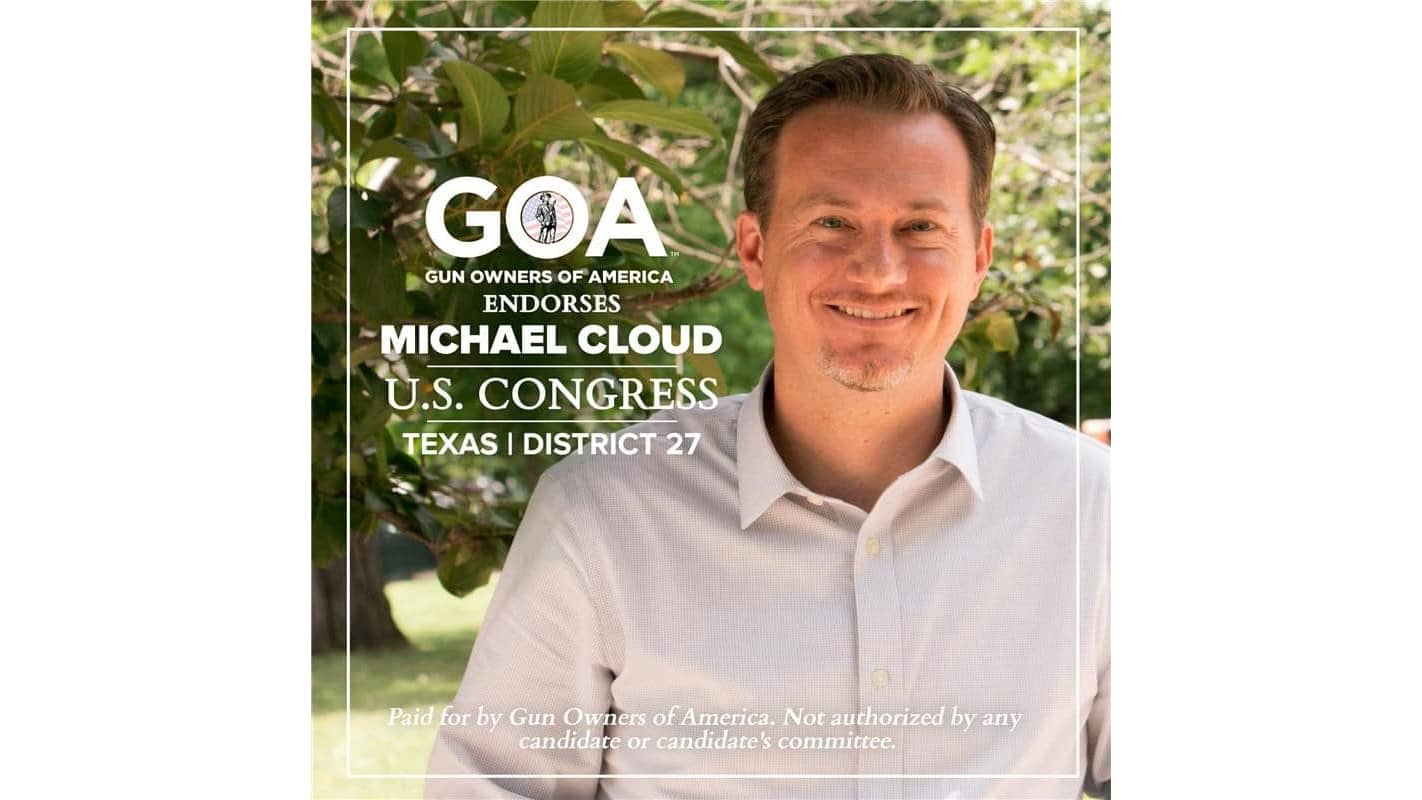 Vote for Michael Cloud for Congress

So please, make a point to get to the polls and vote for Congressman Michael Cloud!

In office, Representative Michael Cloud has always been a strong defender of your Second Amendment rights.

The Congressman has always been there to assist GOA in our efforts to protect your rights from further infringement and to restore the rights anti-gunners have already taken away.

When Gun Owners of America discovered that ATF “processed” over 54 million firearm transaction records into a gun registry in 2021 alone, Rep. Cloud was there to lead the fight back.

He worked with GOA to point out that the Biden Administration was proposing to register EVEN MORE firearms each year.

So, the Congressman gathered 51 of his colleagues and demanded accountability from the Biden Administration and the ATF:

This proposed rule would be a giant leap toward a federal firearm registry, which is explicitly banned by law…

Requiring federal firearm licensees to preserve records older than 20 years will enable the Biden administration to collect more information on law-abiding gun owners, all with the purpose of eventually having a registry of every gun owner in the United States.

Rep. Cloud also proved himself a leader when he introduced the GOA-endorsed Protecting the Right to Keep and Bear Arms Act.

Only a few months later, Governor Andrew Cuomo of New York abused his power, declaring so-called “gun violence” an emergency and an epidemic.

GOA is proud to endorse Congressman Michael Cloud to continue to represent the Second Amendment rights of the 27th Congressional District of Texas.

When it comes to your Second Amendment rights, you want Rep. Cloud representing you in Congress.

You can learn more about Michael Cloud at www.cloudforcongress.com.