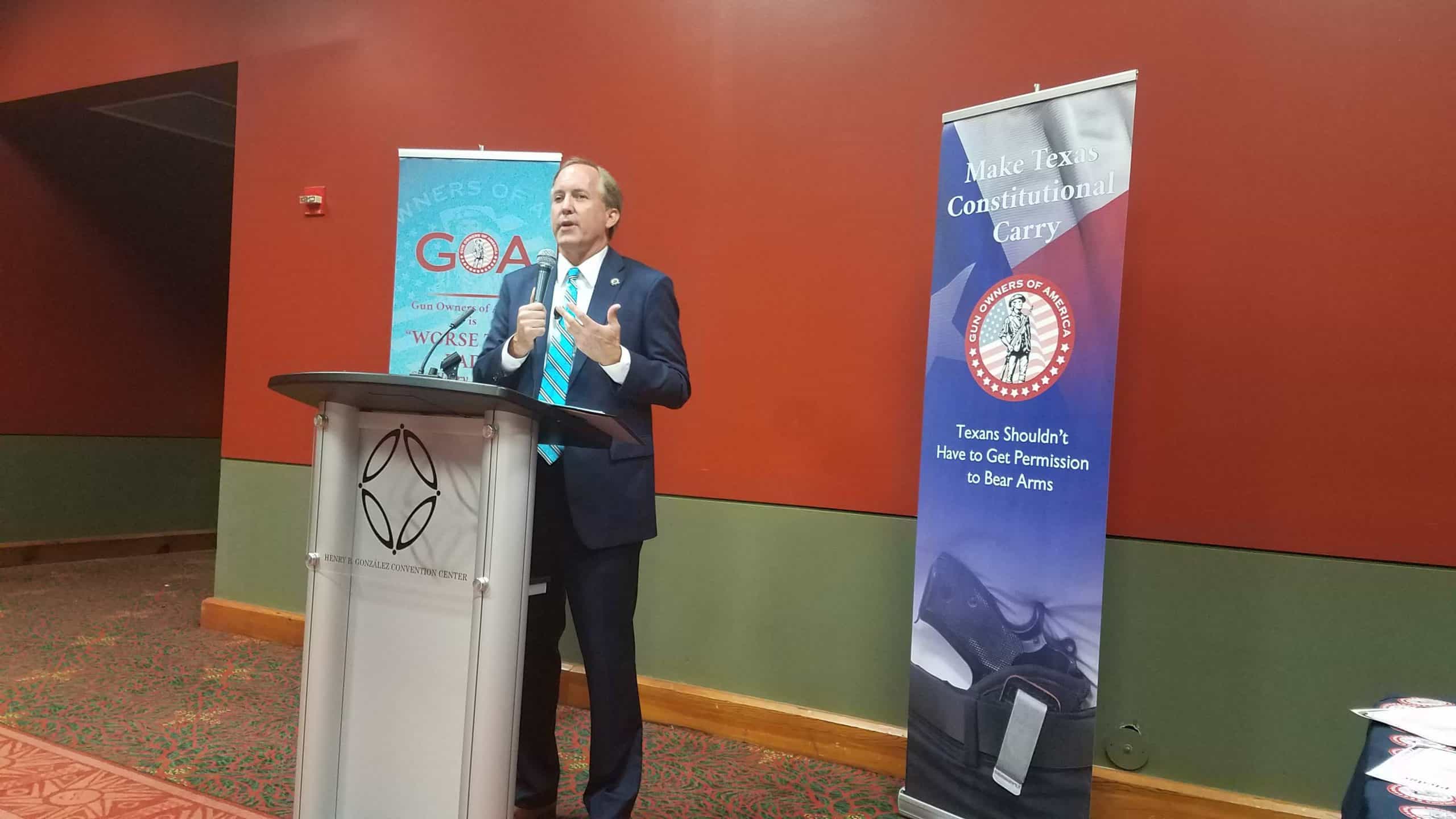 Click on the Take Action button to thank AG Paxton for working to end gun-free zones!

Not a GOA member yet? You can join Gun Owners of America for only $20.

So we’d like to thank Texas Attorney General Ken Paxton for his work in getting rid of unlawful “gun-free” zones!

General Paxton said in a statement released last week, “The district court’s ruling preserves and protects the Second Amendment rights of Texans and sends a strong message to the city of Austin that they are bound by the same laws as all other Texans. The city of Austin cannot violate the open carry law or any other law the Texas Legislature has enacted simply because they disagree with it.”

He promised to continue to stand up for our rights: “If the city of Austin appeals the district court’s decision, my office will continue to strongly defend the right of law-abiding Texans to keep and bear arms in accordance with our handgun laws.”

The fight isn’t over yet. We can assume that this case will be appealed all the way up to the Texas Supreme Court before we get a final ruling. This can be a time-consuming process.

Another important case is pending and expected to go to trial soon. That case deals with the Waller County multi-purpose courthouse — a building that houses courtrooms but also other offices unrelated to court proceedings. General Paxton filed suit against Waller County for prohibiting carry throughout the entire building when state law only indicates that courtrooms and offices utilized by the court are prohibited places. This decision could also be appealed all the way up to the Texas Supreme Court.

I am aware that there are many more local government entities across Texas who have posted illegal signage prohibiting gun carry. Once we see final positive rulings in the City of Austin and Waller County cases, we fully expect the Attorney General to turn his attention to these additional violations.

If you are aware of a violation in your area, I encourage you to follow the procedure laid out by our laws and which are promoted by the Attorney General’s Office (CLICK HERE to see more).

Here are some additional resources that may help you:

If you’d like my help in reporting a violation or presenting testimony at a meeting, please reach out at rachel.malone@gunownersm.org or 512-937-3006. I’m always happy to do what I can to get rid of bad gun regulations!

And once again, I’d like to thank Attorney General Paxton for his continued work as Texas’ top law enforcement officer to ensure that governmental entities do not get to disrespect state law upholding our God-given right to keep and bear arms!