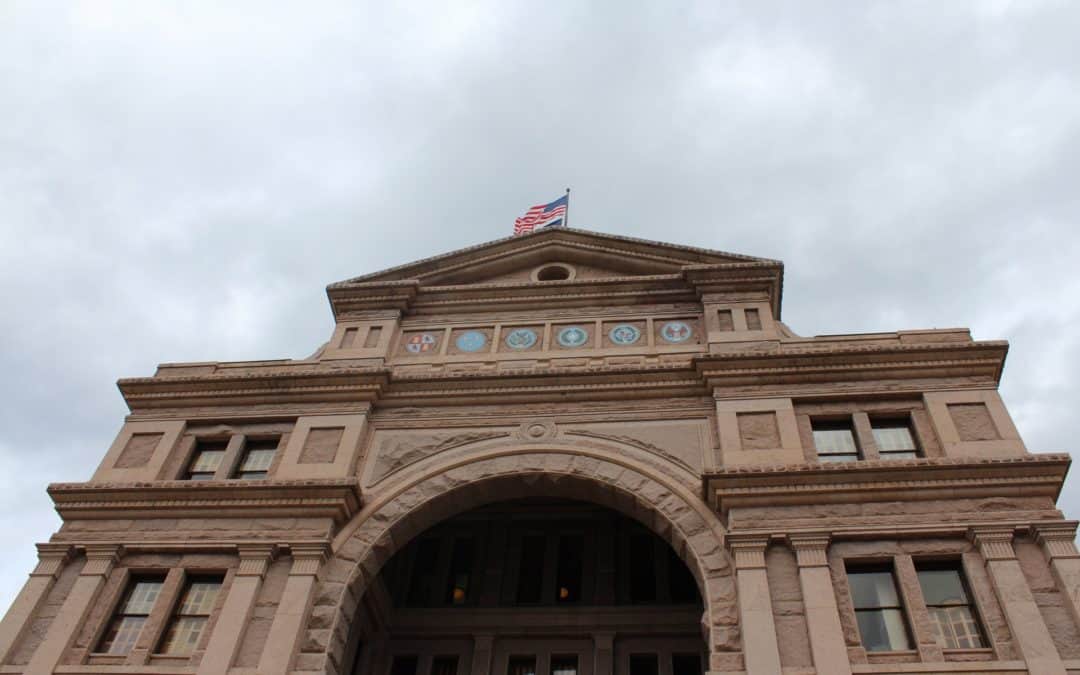 Deep in the heart of Texas, there’s a disturbing fact—the Lone Star State has fallen far behind other states in its defense of Second Amendment rights. The current pandemic underscores how important those rights are to Texans and all Americans. And it shows more clearly how much Texans are harmed by our state’s gun control laws.

Guns save lives. That’s something even the Obama administration, which wasn’t inclined to consider guns favorably, was forced to admit. In a 2013 study ordered by President Obama, the Center for Disease Control (CDC) discovered “consistently lower injury rates among gun-using crime victims compared with victims who used other self-protective strategies.”

In other words, if you defend yourself with a gun, you’re more likely to come out alive and unharmed than if you use a rape whistle. That should be no surprise to anyone.

This pandemic has dramatically affected all of our lives. Our need for health, safety and security has never been more crystal-clear. Yet Texans are less safe now than residents of many other states because our leaders have failed to amend long-standing gun control policies.

In the majority of states—more than 30—citizens who can legally own a handgun may carry that handgun in public. And more than half of those states don’t control whether these law-abiding, peaceful citizens carry it openly or concealed.

Yet Texas requires its citizens to obtain a license—a government agency’s permission—to do the same thing.

Even without a pandemic, the licensing requirements are burdensome. Texans must attend a class, shoot 50 rounds at a range under the close supervision of their instructor, submit their fingerprints, and pay a $40 fee. But many of us work during daylight hours, and our weekends are filled with family obligations. Not everyone lives close to a range. Applicants must go to a separate location for fingerprinting. And the costs can add up. In addition to the state’s fee, applicants must pay the License to Carry (LTC) class fees (usually around $75) and buy ammunition. This is on top of the cost of a new (or used) handgun and a suitable holster.

Also, not everyone can wait weeks or months for the Department of Public Safety to process their applications. Some are in more immediate danger, and deserve to be able to protect themselves from stalkers and abusers.

The pandemic exacerbates all of these challenges. Money is tighter for most families, stay-at-home orders discourage LTC classes and travel to ranges, and ammo is in short supply due to people sensibly stocking up during the pandemic. Although DPS is still working, shifting priorities and personnel shortages could slow the process of approving licenses. Fingerprinting services have limited availability. Meanwhile, domestic abuse is on the rise and people urgently need to be able to protect themselves.

When local governments first issued their emergency orders shutting down retail stores, only one county (Denton) actually stipulated that gun stores were critical infrastructure. As a result, many gun stores were closed.

Thankfully, State Representative Dustin Burrows, R-Lubbock, quickly requested the Attorney General’s opinion on whether counties and cities could legally close gun stores. Attorney General Ken Paxton responded almost immediately with an official opinion that such shutdowns are unlawful. Shortly thereafter, Gun Owners of America asked the Trump administration to add gun stores to the list of critical infrastructure, which they did. So, gun stores are generally open now.

Texans also faced delays when purchasing guns—delays caused by FBI background check backlogs. The law says the FBI can only delay purchases for up to three days. Gun Owners of America took action early and intervened on behalf of all Americans. (See the GOA letter to the FBI and BATFE condemning the extended delays and urging specific improvements to the process.)

Gun dealers in Texas now say waiting times are back to normal. But this breakdown revealed just how fragile the background check system is. It’s only a matter of time until it breaks down again and prevents honest people from purchasing guns for their safety.

Ultimately, pandemic or no pandemic, Texas’ gun control laws make our state less safe. More importantly, they infringe on our God-given right to defend our lives from criminals and to protect our liberty from tyrants.

As Texans, we should be able to exercise our God-given rights without the government’s permission. When Texas legislators convene again in January, they should pass “Constitutional Carry” legislation that allows law-abiding Texans to protect themselves and their families without jumping through bureaucratic hoops. Criminals don’t ask permission to bear arms, and it’s time to end their unfair advantage.

Please join me in fighting for gun rights and permit-less (Constitutional) carry here in Texas. Become a member and receive our alerts at gunowners.org/texas. Also, connect with us through our GOA Texas Facebook group. Together, let’s preserve the blessings of liberty for all Texas.