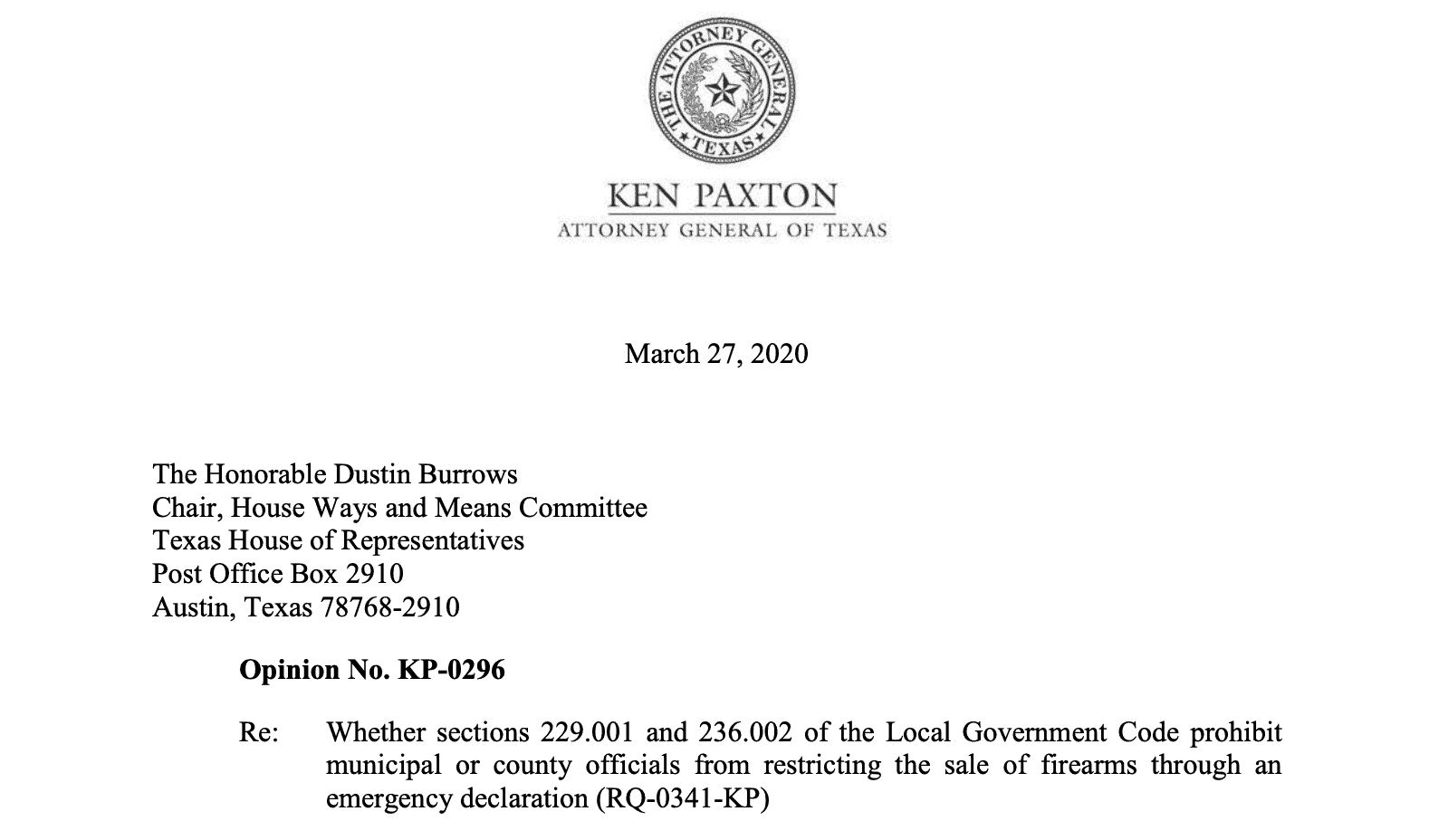 A Win for Gun Rights in Texas

Paxton stated that municipal and county officials may not use their emergency powers under section 418.108 of the Government Code to regulate or restrict the sale of firearms.

Thank you, Attorney General Paxton, for upholding Texas law and ensuring that Texans have the continued ability to purchase guns and ammo.

And thank you again, Rep. Burrows, for taking leadership on this issue to protect Texans’ ability to protect themselves.

The summary of Paxton’s opinion stated:

“Subsections 229.001(a) and 236.002(a) of the Local Government Code prohibit a municipality or county from adopting regulations related to the transfer, possession, or ownership of firearms, or commerce in firearms. These provisions apply to municipal and county regulation “notwithstanding any other law.” Thus, while municipal and county officials possess general emergency authority to control the movement of persons and the occupancy of premises in a local disaster area under Government Code section 418.108, such orders may not regulate or restrict the sale of firearms.” 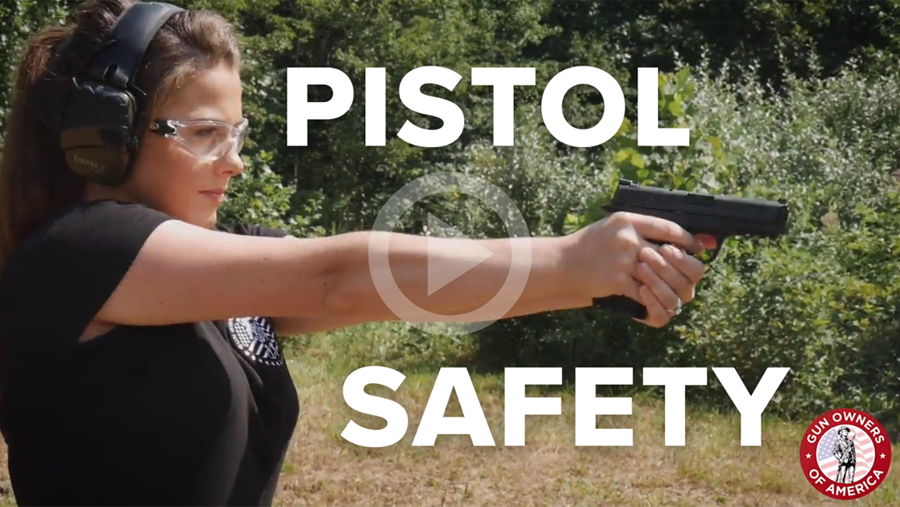 I encourage you to stay vigilant for our liberties and for our safety.

Since firearm stores are exempt from closure, now is a good time to help create new firearm owners and encourage people to be ready to defend themselves.

You can share the Gun Owners of America Intro to Pistol video to help first-time gun owners get acquainted with handguns.

I encourage you to reach out to friends who may be vulnerable and worried about their own safety. During times like these, domestic violence cases can increase. Some localities are already reporting that certain offenders are being released, and that police will not respond to all calls for help.

Let’s take the initiative to offer assistance—whether it is helping someone purchase a gun, finding a safe place to stay, or simply being a friend in these trying times.